Obama and Clinton’s doctrine of covert and proxy war, by which they touted drone strikes, JSOC death squads, CIA coups and local proxy forces as politically safe “tools” to project U.S. power across the world without the deployment of U.S. “boots on the ground,” has destroyed Libya, Yemen, Syria and Ukraine, and left U.S. foreign policy in an unprecedented crisis.

Hanging over this escalating, out-of-control crisis is the existential danger of war between the U.S. and Russia. Russia has 14,700 nuclear weapons with the destructive power to end life on Earth as we know it.  With demonstrated, deeply-held beliefs in the superiority of threats, brinksmanship and war over diplomacy and the rule of law, surely the last thing the world needs now is Hillary Clinton playing chicken with the Russians while the fate of life on Earth hangs in the balance.

“Sanders criticized Hillary Clinton for her support of the Iraq war, declaring, “On foreign policy, Hillary Clinton voted for the war in Iraq…Not only I voted against, I helped lead the effort against what I knew would be a disaster.”

Sanders’ assertion about Clinton is true, but the difference between the two candidates on war is hardly substantial and his political closet is filled with just as many skeletons. Notably he supported NATO’s bombing of Yugoslavia in 1999, a stance that caused one of his staffers to resign in protest.

…The attack on Kosovo is hardly the extent of Sanders’ hawkishness. While it’s true he voted against the Iraq war, he voted in favor of authorizing funds for that war and the one in Afghanistan. More recently, he voted in favor of a $1 billion aid package for the coup government in Ukraine and supported Israel’s assault on Gaza. At a town hall meeting he admitted that Israel may have “overreacted,” but he blamed Hamas for the entire conflict. When an audience member asked why he refused to condemn Israel’s actions, he told critics: “Excuse me! Shut up! You don’t have the microphone.” 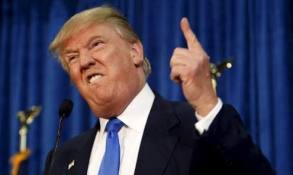 “The trouble with Trump is that he is, by temperament, by experience, and by character, utterly unqualified to be president of the United States.”

He is a dim racist buffoon.

While Clinton, Sanders and Trump are not presidential material, we were offered a real candidate with legitimate policy, a real plan and solutions.  Her name is Jill Stein and her plan is

“During her interview… Dr. Stein quoted Alice Walker: ‘The most common way people give up their power is by thinking they don’t have any.’

A look at both recent history and current events demonstrates that people do have more power than they may generally believe. … people in the U.S. and around the world are recognizing their power, and using it to further the cause of human rights.”

If our new president were Dr. Jill Stein…
we would have secured the peace and invested in people and planet Earth.

Please Donate for Alternative Media, Education, and Literacy: Make a difference.  ( Even $1-$2 helps  )