from a piece by Patrick Martin
7 October 2015 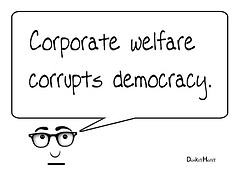 “In a statement to the Washington Post, Vermont Senator Bernie Sanders declared his support for the Obama administration’s  policy of bombing the Islamic States of Iraq and Syria (ISIS).

…In directly aligning himself  with the Middle East foreign policy of the Obama White House, Sanders underscored that he was not running as an “antiwar” candidate or offering any alternative to the policy of increasing military aggression via American imperialism around the world.

…For most of his campaign, Sanders did not comment on any foreign policy question, confining his campaign entirely to domestic issues, particularly the growing economic inequality. But he did not focus on the cause of this disparity, mililtary spending.

…Sanders supports a continuation of the policy of unrestricted assassination of individuals targeted by the White House for extermination.  This is a violation of Federal law. 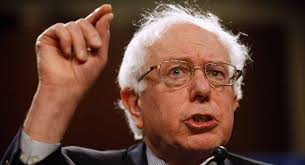 Bernie is a phony. He has a real record. His history of aggression can be found in the congressional record. Regardless of what he says, we know what he does. He votes to support American and Israeli aggression. He also votes for reductions in civil liberties, dozens of unnecessary wars of choice and is a proactive supporter of military profiteering costing trillions and killing millions. In spite of his famous bad temper, Bernie can be charismatic and talks a good game about economic change and equity, but this is not how he votes. He is a tired old conservative who believes that wars for profit are a reasonable and necessary part of our economic base. He is wrong. And if he were president, we would suffer for it: the Reagan, Bush, Clinton, Bush, Obama, Trump agenda of preemptive aggression would continue unabated.

Bernie the Bomber, Hillary the Hawk and chump Trump offer no plan, vision or useful ideas for this nation. All are pro-war conservatives and have records which prove this. Truth-telling is not an attack, it is a political necessity, tactical priority and the base for any change which may occur.

Speaking the truth is powerful and necessary today. Pretense and illusions are how we have arrived at this precipice. Unprovoked American aggression is why we are where we are. False hope and lies about change took

us from four wars of choice to 27 wars of choice, bombing 10 nations who did not attack us and sending hundreds of drones… each killing an average of 50 innocents abroad while we murder prisoners and allow militarized police and the president to kill at will at home, without accountability, honor or moral compunction.

This is not a slippery slope, we have arrived. A consortium of politicians, profiteers and corporate raiders run the nation…spending trillions and murdering millions for the corporate bottom line. As long as we allow this to continue, it remains impossible to rebuild infrastructure, secure the peace or build a future for our children, families and communities.

The cure is courage. Fear-mongering is an excuse, not a reason. If we want real change we must continue our struggle with words, ideas, music and the arts.  These struggles must occur in the streets, in marches, rallies and revolutionary acts in our homes, lives, and in the voting booth.

Based on his responses during the first debate and statements posted on his website, Sanders is clearly not the antiwar candidate he claims to be.

“I supported the war in Afghanistan. I supported President Clinton’s effort to deal with ethnic cleansing in Kosovo. I support air strikes in Syria and what the president is trying to do,” stated Sanders during the first debate.

“Yes, I happen to believe from the bottom of my heart that war should be the last resort, that we have got to exercise diplomacy. But yes, I am prepared to take this country into war if that is necessary,” said Sanders, jumping at the chance to make sure everyone knows that he is not opposed to war.

Fortunately for Sanders – who was hoping to court antiwar Democrats and Independents – he wasn’t asked if he supports the Saudi Arabian dictatorship’s invasion of Yemen (he does).

Nor was he asked if he supports the coup government in Ukraine (he does).

And he wasn’t asked about his position on Israel/Palestine (he typically votes for funding to Israel and supported their 2014 war on Gaza).

…From an antiwar perspective, Sanders is bad on Afghanistan, Syria, Yemen, Ukraine, Palestine, Russia and Iran.

…And that’s the bottom line for many liberals.  As long as Bernie gives them a bigger piece of the American Empire’s pie they are fine with him being pro-war.

It would be easier to swallow the fact that so many liberals are cheering for a pro-war candidate if they would just be honest and say, “I know Sanders is a pro-war candidate, but he said he’s going to give me a piece of the Empire’s pie, so I’m going to vote for him.”

Sanders’ remarks show a clear naïvete on foreign affairs. Ironically, Saudi Arabia, which Bernie wants to support, is the single largest driver behind radical Islam in the world. In fact, ISIS itself is an out-of-control outgrowth of U.S.-Saudi policies in Iraq and Syria.

“In discussing ISIS, Sanders invariably has talked about Saudi Arabia as the solution rather than a large part of the problem. It’s couched in language that seems somewhat critical, but the upshot is we need more Saudi influence and intervention in the region. In effect, more and bigger proxy wars, which have already taken the lives of hundreds of thousands in Syria and could even further rip apart Iraq, Libya and other countries.”

“Why should a U.S. progressive be calling for more intervention by the Saudi monarchy? Really, we want Saudi troops in Syria and Iraq and Libya and who knows where else? You’d think that perhaps someone like Sanders would say that we have to break our decades-long backing of the corrupt Saudi regime—but no,

he wants to dramatically accelerate it.”

Bernie Sanders is no progressive, unless you want to redefine the term.

Bernie refuses to discuss war, peace, civil rights or the Middle East. This is not OK.

“Bernie has baggage. He supports a trillion dollar boondoggle, the F-35 fighter/bomber, which cannot even match the performance of the previous bomber costing 80% less. (The definition of profiteering.) He is also supportive of drone strikes which are known to kill an average of fifty innocents per strike. He condones illegal settlement-building and attacks on Gaza by the IDF.”

“There comes a time when silence is betrayal.”
― Martin Luther King Jr.

Supporting the status quo is the OPPOSITE of progressive. His positions on Gaza, U. S. Wars of Choice and munitions profiteering are right-leaning conservative options for maintaining the status quo. This is not acceptable.

We do not need to surrender to fear-mongering and lies.

If 40 million students whose debt will be erased, 31 million Americans who will receive universal nonprofit healthcare and untold millions of Americans who can profit from ending 27 corporate wars, regulating the banksters and rebuilding the nation… can join together in an act of mass civil disobedience… we can take back the nation and begin building foundations for a world no longer at war to feed cons, profiteers and criminals. Surrender is not a tactic.

The struggle continues and we must organize, educate and agitate for real and effective social justice and human victories of the heart. We do not have to take it anymore. We can refuse by finding the courage to stand firm. We have only begun the fight. We can fight for the greater good instead of surrendering to more of the same disasters we have suffered for 36 long years.

in peace with justice,
Tim Flanagan 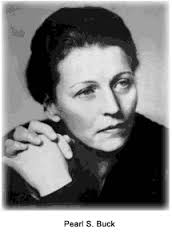 “Our strategy should be not only to confront empire, but to lay siege to it. To deprive it of oxygen. To shame it. To mock it. With our art, our music, our literature, our stubbornness, our joy, our brilliance, our sheer relentlessness – and our ability to tell our own stories. Stories that are different from the ones we’re being brainwashed to believe. The corporate revolution will collapse if we refuse to buy what they are selling – their ideas, their version of history, their wars, their weapons, their notion of inevitability.

Remember this: We be many and they be few. They need us more than we need them. Another world is not only possible, she is on her way. On a quiet day, I can hear her breathing.”
― Arundhati Roy, War Talk