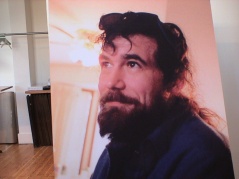 …James Chasse was Murdered by the Portland Police:  Five witnesses saw it happen.  But nobody has been held accountable.

Instead of taking action, the mayor and city council paid out millions for damages inflicted by bad cops.

We deserve some action. Justice has been deferred for too long. Chasse, a mentally ill poet and musician, died in police custody after an altercation with the police. During that altercation, Chasse was tackled to the ground, punched, kicked, tasered repeatedly and hogtied by police— resulting in 16 broken ribs, a number of abrasions, a broken shoulder, both lungs punctured and this abuse resulted in James’ death. No criminal charges were filed.  But we have laws against assault and murder.
http://www.ThePortlandAlliance.org/jameschasse