“It’s a shame that the Brazilian cavalry hasn’t been as efficient as the Americans, who exterminated the Indians.” — Jair Bolsonaro, quoted in Correio Braziliense newspaper, April 12, 1998, translated.

Unfortunately, in spite of some gains here and there, the phenomenon of anti-Indigenous violence seems to be ramping up once again to match the sentiments of earlier colonizers around the world. Bolsonaro’s quote above — which is one of many the newly elected president of Brazil has expressed throughout his career, including those in his recent campaign promises — reflects this trend. The International Work Group for Indigenous Affairs reported in August 2018 that “more than ever before in recent times, Indigenous human rights defenders are being killed, attacked or harassed in their endeavors to protect their land. States, while not necessarily the perpetrators, are unwilling or unable to protect Indigenous Peoples and are even, in some cases, collaborating with the perpetrators.”

According to an analysis by the Carnegie Endowment for Democracy, the context was usually relating to mega projects linked to extractive industries and big business.

The United States is no exception.
It is now clear that “Individual #1” can be considered a member of a group of dictators running world governments today, including a “new wave of elected dictators” that has recently emerged, who are engaging in assaults on Indigenous rights and lands. Moreover, like Bolsonaro, Donald Trump has a history of anti-Native racism.
BY  Four Arrows,  Truthout  PUBLISHED  January 26, 2019

Wahinkpe Topa (Four Arrows), AKA Don Trent Jacobs, is currently a professor in the School of Leadership Studies at Fielding Graduate University. A made-relative of the Oglala Medicine Horse Tiospaye, he served as director of education at Oglala Lakota College on Pine Ridge where he fulfilled his Sun Dance vows. Named one of 27 “visionaries in education” by the Alternative Education Resource Organization, and recipient of a Martin Springer Institute’s Moral Courage Award for his activism, he has authored/edited 20 books and numerous chapters/articles on Indigenous worldview. 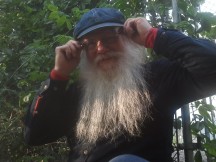 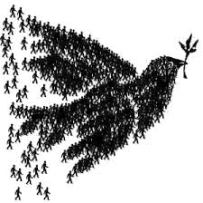