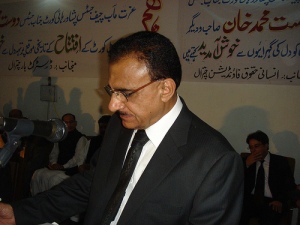 A high court in Pakistan has found that United States drone strikes carried out in Pakistan by the CIA are war crimes, which are “absolutely illegal” and a “blatant violation” of Pakistan’s state sovereignty.

The decision comes in a lawsuit filed by the Foundation for Fundamental Rights (FFR), a legal charity in Islamabad, which sued the Pakistan government for failing to protect its own citizens from US drone strikes. The suit was filed in May 2012 on behalf of victims of a drone attack that occurred in North Waziristan and killed more than fifty people.

As stated in the petition filed on behalf of Noor Khan, on March 17, 2011, Khan’s father, Malik Daud Khan, head of the Tribal Jirga in NWA, was heading a Jirga [a tribal assembly] and

…Several Tribal elders were gathered to resolve a Chromite mine dispute among two sub tribes. The said dispute had been lingering for a while, was a threat to public peace and might have given rise to a long feud between tribes. At around 1100 hrs on that day the gathering of the Jirga was targeted in a clandestine manner by the CIA operated drones flying in Pakistan’s sovereign skies. Several missiles were fired killing 50 people.

It was reported widely in media and those killed were participants in the Jirga. Tribal leaders condemned the “brutal extrajudicial killing of elders.” And, “all prominent political parties, Parliament and even the Pakistan Army Chief condemned the attack and the killings.” Then-Prime Minister Syed Yusef Raza Gilani also denounced the attack saying it would “only strengthen the hands of radical and extremist elements” and negatively affect “joint efforts to eliminate the menace of terrorism.” [The second petition names the victims and describes who they were.]

The remarkable decision by Chief Justice Dost Muhammad Khan of the Peshawar High Court concludes that strikes being “carried out in the tribal areas (FATA), particularly North & South Waziristan, by the CIA & US authorities, are [a] blatant violation of basic human rights and are against the UN Charter, the UN General Assembly Resolution, adopted unanimously [and] the provision of [the] Geneva Conventions.” They are “war crimes.”

“Drone strikes carried out against a handful of alleged 18 militants, who are not engaged in combat with the US authorities or forces,” the court finds, “amounts to breach of International Law and Conventions on the subject matter, therefore, it is held that these are absolutely illegal & blatant violation[s] of the sovereignty of the state of Pakistan because frequent intrusion is made on its territory/airspace without its consent rather against its wishes as despite of the protests lodged by the government of Pakistan with USA on the subject matter, these are being carried out with impunity.”

It went on to add that “civilian casualties,” include “considerable damage to properties, livestock, wildlife & killing of infants/ suckling babies, women and preteen children.” This is an “uncondonable crime on the part of US authorities including the CIA” (an inherently contradictory phrase because no crimes should ever be condoned).

The Pakistan government and its security forces are also instructed to make sure that no future US drone strikes are carried out in Pakistan. If warning the US does not convince the government to stop the strikes, the government will have the constitutional and legal right to “shut down the drones attacking Pakistani territories” or when they enter the airspace of Pakistan.

The court goes on to instruct the Pakistan government to “file a proper complaint” with full “details of the losses sustained by the Pakistani civilians citizens both to life & properties due to drone strikes, making a request to the UN Secretary General to constitute an independent War Crime Tribunal which shall have the mandate to investigate & enquire into all these matters and to give a final verdict as to whether the same amounts to War Crime or not.” If it is concluded that war crimes are being committed, they should be directed to halt the drone strikes and arrange compensation for victims’ families.

The Pakistan Security Council and the country’s General Assembly are also urged to pass resolutions condemning the drone strikes as violating Pakistan’s sovereignty. If the US does not comply, they are to “sever all ties with the USA and as a mark of protest” deny “all logistic and other facilities to the USA within Pakistan.”

Citing figures submitted by the Political Authorities of North Waziristan Agency, the ruling suggests 896 Pakistani civilians have been killed in the last five years by US drone strikes. The figure would appear to be much, much higher than statistics put forward by The Bureau of Investigative Journalism (TBIJ). If the figure is accurate, it would mean many more civilian deaths have occurred in Pakistan in the past years.

One aspect of the ruling that sticks out is the emphasis on “many cattle heads of different kinds,” which belonged to local residents, being “torn into pieces and charred.” The cruelty to animals and the loss of livestock, which sustains life for families in Pakistan, is something the court considers as reprehensible as civilian deaths.
The court acknowledges that the “President of Pakistan, the Parliament through unanimous resolution, the Prime Minister & his Cabinet and Military Leadership have openly condemned these attacks.” They have “lodged soft protests” with the US that have not resulted in much of anything. On the other hand, General Parvez Musharraf gave “verbal consent to carry out these attacks in the tribal belt of North & South Waziristan Agency.” But, the court could not find anything written between Pakistan or the US government to support the policies of the US. 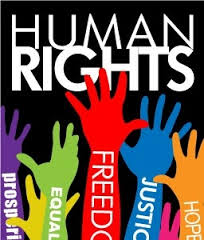 That would be because the arrangement is like the one the US has had with Yemen. Since 2002, $25.912 billion has been appropriated in military aid for Pakistan, according to the Congressional Research Service (CRS).

Such an arrangement ensures the population of Pakistan continues to turn more and more against America. This week, Pew Global announced a poll showing 72% of Pakistanis “rate America unfavorably.” Sixty-eight percent oppose US drone strikes. But, that does not mean they do not think terrorism is a problem. Ninety-eight percent consider it a “very big problem.”

However strong the Pakistan high court’s ruling may be in condemning the “clear and naked aggression on sovereign territory and airspace in Pakistan” that it finds is occurring at the “whims and will of the CIA,” without the Pakistan government or security agencies being informed ahead of strikes, the country is virtually powerless in the face of

US superpower. That means the sort of “blame the victim”-type arguments prevalent in America—such as Pakistan cannot or will not confront terrorism so the US has to do it for the country with secret operations—will continue to be bandied about, and the Obama administration will persist in its unremitting indifference to Pakistani drone opposition.

~If you feel these illegal drones should stop, let your leaders know:

Find out more about Illegal Drone Warfare: How many innocent victims, including children sleeping in their beds, have died because of these unprincipled attacks: