After 50 days of the Gaza conflict, more than 2,100 people were killed, most of them civilians, including about 500 children. Photograph: Majdi Fathi/Corbis

The war in Gaza ended on Tuesday after Israel and the Palestinians agreed to halt fighting indefinitely, putting an end to seven weeks of catastrophic loss of life and destruction, but on terms which are likely to leave many on both sides of the conflict wondering what was achieved. 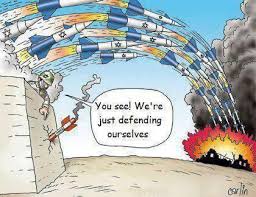 Hamas and Islamic Jihad – the main militant groups in Gaza – the Palestinian Authority and Israel agreed on an open-ended ceasefire beginning at 7pm on Tuesday evening, bringing relief to civilians on both sides of the border. The Israeli army said in a statement on Wednesday that there had been no reports of violence since the ceasefire began.

Rocket fire and air strikes had continued until the last moments, and sirens sounded across southern Israel past 7pm. Two Israelis were killed and several injured by a mortar shortly before the deadline, the Israel Defence Forces said. In Gaza two children were killed in an air strike in Khan Younis shortly before the ceasefire, and police reported that an Israeli air strike flattened a seven-storey building in Beit Lahiya, the sixth high-rise to be toppled since the weekend.

As the ceasefire came into effect Gaza echoed with celebratory gunfire and mosques announced victory through their loudspeakers. Tens of thousands of people took to the streets in response to text messages sent by Hamas urging victory celebrations.

But the terms of the deal – brokered by the Egyptian government, and reached on the 50th day of the conflict – appeared to be almost identical to those agreed at the end of the previous war 21 months ago.

construction materials to enter Gaza, and will extend the permitted fishing zone to six miles off the coast of Gaza. The Rafah border crossing between Gaza and Egypt is also to be opened.
http://www.theguardian.com/world/2014/aug/26/gaza-ceasefire-israel-palestinians-halt-fighting

The children killed in Gaza during 50 days of conflict

.
As a ceasefire is agreed after 50 days of conflict between Israel and Hamas, the Al-Mezan Centre for Human Rights has compiled a list of 504 children killed in Gaza, comprising almost quarter of the total Palestinian dead:

cribes
what is happening in Gaza.
Gaza is the world’s largest
open-air prison. Even calling
the action against Palestinians
in Gaza a war seems
lacking in description.

A war implies some equality in combat.

What is happening in Gaza is a massacre by one of the world’s most powerful armies, abetted by the silence of western nations.

Fortunately people are beginning to speak out worldwide. But as we speak out, let us do so without condemning a people in whose name a government may act.

We must distinguish between governments and the people who are governed.
We must reconnect with each other’s humanity.

The plight of the Palestinian people is ultimately the plight of the entire world, locked into endless conflicts which make no sense, which could be avoided, which constitute an enormous abuse of power and which bring the slaughter of innocents.

Please Donate for Literacy (Even a dollar or two helps keep the library open.)