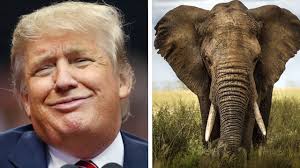 In expanding dozens of wars of aggression, the Donald has made us demonstrably less secure. Don John has broken several laws and seems to feel that he has no obligation to obey the law.

Trump’s venal descent into fascism is dangerous. ICE has injured thousands of children and the CIA and the Pentagon have injured or killed countless victims in dozens of unprovoked and simultaneous wars of aggression about extraction.  Don interfered with legal processes for thousands of immigrants legally seeking asylum.  Donald has been stealing land from indigenous people by selling off national parks with zero oversight and accountability.

D. J. Trump refuses to secure the peace and continues spending us into insolvency. The bottom of our funny money is predicted fall out before 2030 and this insolvency may trigger global depression.
Trump refuses to address the issue of our rising oceans.
Donald is alienating our allies by attacking dozens of nations who have not attacked us. His administration is exporting terror, munitions and wars on dozens of nations to enforce corporate extraction, exploitation and extortion.
Donald John Trump has become a real life “Don” of the imperial presidency: the largest criminal enterprise on the planet. This is flat dangerous. His incompetence and malfeasance make securing the peace, banking reform, universal nonprofit health care, universal college education, erasure of student debt, healing planet Earth and the export of knowledge, technology and peace impossible.
https://www.americanprogress.org/issues/security/news/2018/01/17/445109/trumps-national-security-foreign-policy-failures-year-one/
Surrendering global leadership to China
Making Americans less safe with North Korea
Emboldening Putin’s Russia
Increasing the chances of war in the Middle East

“President Trump has needlessly alienated America’s allies; stoked tensions and heightened risks with little to show but damaged credibility; squandered the goodwill of people everywhere; and surrendered the high ground of moral and global leadership. He has dishonored the ideals of the country and turned its people against one another. In just 12 months, Trump has done serious, lasting damage to America’s security at home and standing in the world. One year later, the country is divided and distracted by Trump from the challenges and opportunities of a fast-changing world and the American people are less safe.

~A responsible congress would have removed both Trump and Pence for incompetence. How long will we continue to ignore the elephant in the room?

We are running out of time…

https://thepeaceresource.com/2017/11/01/237928/
“Our generation is on the verge of the most profound catastrophe the human species has

ever faced. Death threats to the living earth are coming from all sides. Water, sunlight, air and soil are all threatened. When Eskimos of the far north begin to experience leukemia from atomic radiation and Eskimo mothers’ milk contains crisis levels of PCBs, we must recognize that every organism on the planet is threatened..”
https://thepeaceresource.com/2015/05/16/environment/
Stand Up, Speak Out, Take Action! Contact Elected Officials!