I learned to read when about three. My parents had a small library, both were the first in their families to have completed University.

I attended Preschool and Kindergarten at Hamilton Elementary School in St. Louis, Missouri.

I read as much as possible, but they kept turning off the light and taking away my high intensity lamp so I would get out from under the bed and go to sleep.

Then we moved out to the suburbs, where I started 1st grade at Lusher Elementary School. We were asked to write each book we finished reading on the board. I read more than 400 books between September of 1958 and June of 1959, mostly Science Fiction, History, Philosophy, Novels, Science, Astronomy, Biology and assorted topics.

They gave me a Stanford-Binet test which indicated an IQ of 167. I spent most of the term reading in the special education room because they said I was ‘inattentive and distracting” in class.  Outside of school I recall bicycles, rivers and a multiplicity of influences, interests, passions and blues music.

https://youtu.be/jXiZDREbMok?list=RDjXiZDREbMok
Poems from the Unpublished “Book of Blues”

“One day I will find the right words, and they will be simple.”

Kerouac is worth the read…

“The only people for me are the mad ones, the ones who are mad to live, mad to talk, mad to be saved, desirous of everything at the same time, the ones who never yawn or say a commonplace thing, but burn…”

https://youtu.be/lsrOG0fXfPI?list=RDUyktuCjOisc
Jack Kerouac – When a Woman Loves a Man

“I saw that my life was a vast glowing empty page and I could do anything I wanted.”

The All Souls trilogy by Harkness.

Book ONE of the All Souls Series. When historian Diana Bishop opens a bewitched alchemical manuscript in Oxford’s Bodleian Library it represents an unwelcome intrusion of magic into her carefully ordinary life. Though descended from a long line of witches, she is determined to remain untouched by her family’s legacy. She banishes the manuscript to the stacks, but Diana finds it impossible to hold the world of magic at bay any longer.

For witches are not the only otherworldly creatures living alongside humans. There are also creative, destructive daemons and long-lived vampires who become interested in the witch’s discovery. They believe that the manuscript contains important clues about the past and the future, and want to know how Diana Bishop has been able to get her hands on the elusive volume. Chief among the creatures who gather around Diana is vampire Matthew Clairmont, a geneticist with a passion for Darwin. Together, Diana and Matthew embark on a journey to understand the manuscript’s secrets. But the relationship that develops between the ages-old vampire and the spellbound witch threatens to unravel the fragile peace that has long existed between creatures and humans—and will certainly transform Diana’s world as well.

MORE REVIEWS
Alexandra Bradbury
“I loved all the time travel novels by Connie Willis: To Say Nothing of the Dog, Domesday Book, Blackout, All Clear. They are page turners in the “time travel into history” genre of sci fi (no aliens or spaceships) and they are witty and romantic if that’s your jam.

To Say Nothing of the Dog: or, How We Found the Bishop’s Bird Stump at Last is a 1997 comic science fiction novel by Connie Willis. It used the same setting which includes time-traveling historians she explored in her story Fire Watch and novels Doomsday Book (1992) and Blackout/All Clear (2010).   To Say Nothing of the Dog won both the Hugo and Locus Awards in 1999,[1] and was nominated for the Nebula Award in 1998.[2]

The book’s title is inspired by the subtitle of an 1889 classic work, as explained by the author in the dedication: “To Robert A. Heinlein, who, in Have Space Suit—Will Travel, first introduced me to Jerome K. Jerome‘s Three Men in a Boat, To Say Nothing of the Dog.”

Ned Henry is a time traveler in 1940 studying Coventry Cathedral after the Coventry Blitz of World War II. He is specifically searching for the location of the “Bishop’s bird stump“, a MacGuffin that is not defined by the narrator. The narrator shows confusion explained by “time-lag”, the time-travel-induced form of jet lag. He returns unsuccessfully to his time, 2057, at Oxford University.

The Bishop’s bird stump is needed for a restoration of the cathedral funded by Lady Schrapnell, a wealthy American neo-aristocratic woman with a will of iron. She has conscripted most of Oxford’s history department to rebuild the cathedral exactly as it was before it was destroyed. Before going on further trips Ned must recuperate from his time lag and is sent to the hospital. Lady Schrapnell, however insists he go back on another trip. Before he can be conscripted by Schrapnell, Professor Dunworthy (who is in charge of the time machine) decides to send him back to the Victorian Era, specifically 1888, for his rest.

Dunworthy has an ulterior motive in sending him to 1888 as another time traveler appears to have violated the laws of the continuum by bringing an object back from then to 2057. Theoretically, nothing may be brought through the time machine in either direction as it might cause time to unravel, and safeguards have been put in place in order to prevent significant objects making the journey. The historians and scientists who invented the time machine believe the object may rip time itself apart if it isn’t promptly returned.

Ned, who only knows 20th century history, and still suffering from time lag, is given a crash course on Victorian times while simultaneously being told his mission and destination. The combination of muddled lessons, imprecise instructions, and the jump to 1888 worsening the time lag leaves him confused about where he is supposed to be, who he should meet, where he should go, and no idea at all about the out-of-time object he is carrying.

Time travel has a self-correcting mechanism called slippage, moving time travelers either in time or place from their target in order to protect history. Ned arrives at the correct time, but unknown to him, he is not at the estate where another time traveler should meet him. Instead, he has slipped in destination to a railway station 30 miles away. He meets Terence St. Trewes, a besotted young Oxford undergraduate, mistaking him for his time travel contact. He agrees to share the cost of a hired boat for a trip on the River Thames from Oxford down to Muchings End, where Terence hopes to meet his love, Tocelyn “Tossie” Mering. Ned, Terence, Cyril the bulldog and Professor Peddick (an Oxford don) travel down the Thames navigating locks, beautiful scenery, crowds of languid boaters in no hurry to get anywhere, and the party of Jerome K. Jerome, a homage to the original novel from which To Say Nothing of the Dog draws its name and themes.

Fortunately, Ned’s contact in Muchings End recognizes him when he arrives and identifies herself: she is a young woman named Verity Kindle, who is pretending to be Tossie’s cousin. Lady Schrapnell sent Verity to read Tossie’s diary because Tossie (an ancestor of Lady Schrapnell) had written about a life-changing event involving the bird stump at the first Coventry Cathedral (St Michael’s Cathedral), an event which had caused her to elope with a mysterious “Mr. C” to America. It is only at this point that Ned learns the nature of the object he is to return: Tossie’s pet cat, Princess Arjumand. (Cats are extinct in 2057 due to a feline distemper pandemic.)

Ned and Verity continually attempt to fix the time travel incongruity. They must know the histories of the characters around them, and their descendants impact on future history, and also the mystery of Mr. C. Their interloping attempts to fix the known history of the people around them cause ripple effects forward and backward through history from Waterloo to World War II, and even to 2018 (when time travel was invented). After several adventures attempting to correct things themselves, both end up, mistakenly, in different eras attempting to get back to 2057. In their absence, time itself corrects their meddling. On their return to 1888, Mr C has been identified, interrupted relationships between characters have occurred, and clues throughout their experience reveal the location of the Bishop’s bird stump in 2057.

Finally, in 2057, just in time for the celebration of the cathedral reconstruction, the location of the Bishop’s bird stump proves to the historians and scientists that, in certain scenarios, objects can be brought forward in time which heralds a renaissance in recovery of historically lost, destroyed, or extinct objects. 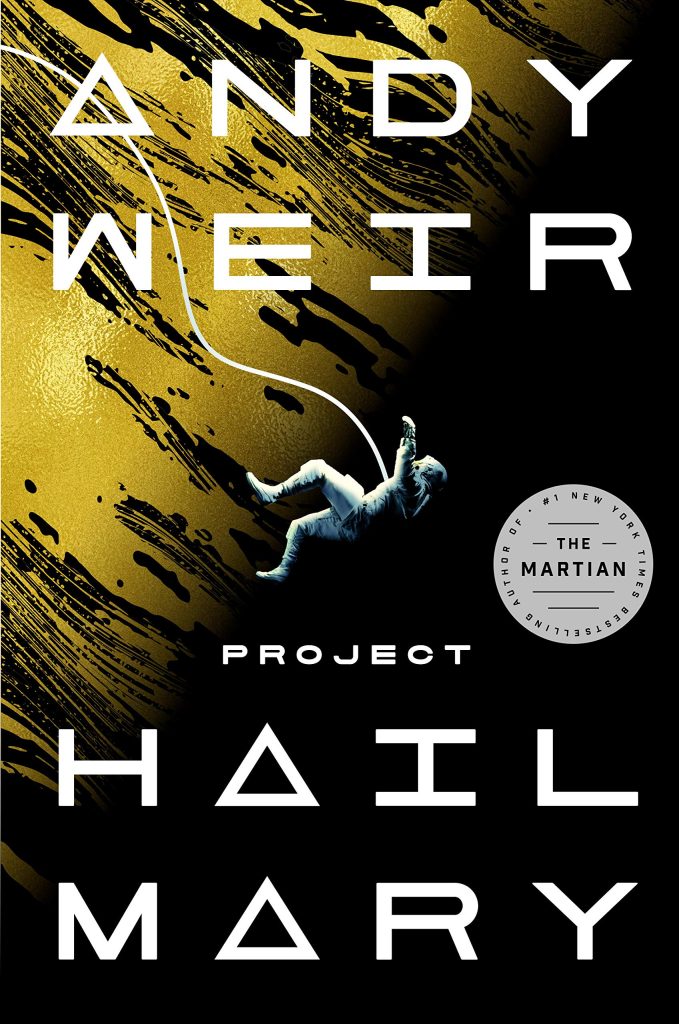 was consistently voted
the best science fiction book of 2021 — 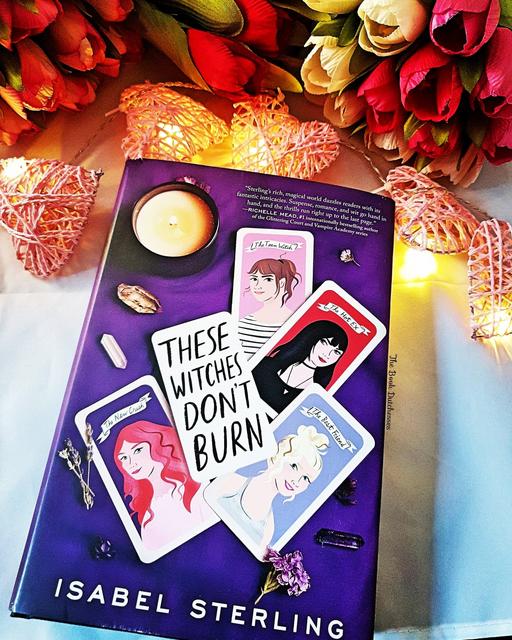 These Witches Don’t Burn
Isabel Sterling is an LGBTQ advocate, foster mom, and author of These Witches Don’t Burn, This Coven Won’t Break, and This Spell Can’t Last. When she’s not writing, Isabel can be found crocheting projects she’ll never finish, completing crosswords with her wife, and trying not to destroy her garden.

Kari Koch  “Anything by Rebecca Roanhorse. She has a YA book that’s great called Race to the Sun, I think. And I’m reading one right now called Trail of Lightening. Magical realism written by a Dine Navajo woman. Very adventure oriented. Fun and gripping. Highly recommend.”

Black Sun, which is apparently the first of an Aztec/south-american based fantasy trilogy. Fantasy set in a non-western, non-European context? Amazing.

https://thepeaceresource.com/?s=books
Library Blues
https://thepeaceresource.com/2021/02/14/library-blues/
The Best Libraries In The World
https://youtu.be/LbJCjAzL78Q
The 15 Best Libraries In The World
1. Library of Congress — Washington D.C., USA. … https://www.loc.gov/
2. Bodleian Library — Oxford, United Kingdom. … https://www.bodleian.ox.ac.uk/
3. Reading Room at the British Museum — London, England. …
https://www.britishmuseum.org/…/architecture/reading-room
“The only thing that you absolutely have to know, is the location of the library.”
― Albert Einstein
https://revolutionresource.org/?s=books
https://revolutionresource.org/…/william-faulkner-on…/
“the wilderness closed behind his entrance as it had opened momentarily to accept him, opening before his advancement as it closed behind his progress”
“Talk, talk, talk: the utter and heartbreaking stupidity of words.”