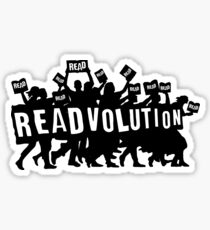 The American Military, via the Pentagon, the CIA… and 16 more intelligence, services, agencies, contractors and mercenaries… murder millions of innocents while wasting trillions of dollars. Right under our noses. Everyday people suffer and die so the rich can get richer. This is not new, but never was necessary.

Unfortunately, most of the time war trumps peace, aggression spreads and myths abound. Too many live in personal fictions and find facts too great a burden to bear.

In America, militarized police departments kill unarmed citizens at will with zero accountability, two weeks paid vacations and get out of jail free cards. Our leaders export aggression overseas with illegal drones and unprovoked wars for extraction, exploitation and extortion. America has become the terror…

Truths can be told, but require an open mind. Too many retreat behind closed doors instead of demanding that peace be secured so we can invest in people and planet Earth.

And we are running out of time.

We are under attack at home

and abroad by our own government.

It is past time to stand up and fight back.

“Human progress is neither automatic nor inevitable… Every step toward the goal of justice requires sacrifice, suffering, and struggle; the tireless exertions and passionate concern of dedicated individuals.”

https://youtu.be/pd7b1Ye6Oc0?list=RDpd7b1Ye6Oc0
The Sky Is Crying

Together we make a difference.
Thanks for all you do.