Skip to content
Just so ya know. Opinions vary. 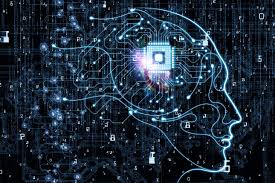 Artificial Intelligence does not exist.
At this point, the idea, born in
science fiction long ago,
remains in that realm.

But science is advancing, changing and merging with quadratic realities.
https://revolutionresource.org/2018/03/09/interdimentional-linguistics/ “The most violent element in society is ignorance. ”

― Emma Goldman
https://thepeaceresource.com/2014/05/20/emma-goldman-a-woman-ahead-of-her-time/
Emma was feared as a sponsor of anarchy and revolution, she was vilified in the press as “Red Emma,” “Queen of the Anarchists,” and “the most dangerous woman in America.”

As for Jesus…he died a while back and 80 years later a bunch of Jewish misfits created a religion called Christianity, based on blind faith in an old white man in the sky with a beard and a hooved red man with horns, tails and a pitchfork who lights cigars with his fingers. Supposedly devils, demons or golems live underground in the fires of hell.

According to the stories told by kingdoms and religions, these gods and devils are angels of anthropomorphism, ignorance and conjecture: fairy tales, myths, stories, imagination and dreams…

his creation, whose purposes are modeled after our own — a God, in short, who is but a reflection of human frailty. Neither can I believe that the individual survives the death of his body, although feeble souls harbor such thoughts through fear or ridiculous egotisms.”

“From my rotting body, flowers shall grow
and I am in them and that is eternity.”

Many assumed truths could be lies. The human propensity for creative synthesis, imaginative conjecture and blind faith seems unbound.

“Some might think that the creativity, imagination, and flights of fancy that give my life meaning are insanity.”