Trebuchet is a type of catapult that uses a long arm to throw a projectile. It was a common powerful siege engine until the advent of gunpowder.
Trebuchet Physics

Buy the ticket, take the ride. When the going gets weird, the weird turn pro.

We were somewhere around Barstow on the edge of the desert when the drugs began to take hold.

I hate to advocate drugs, alcohol, violence, or insanity to anyone, but they’ve always worked for me.

The Edge… there is no honest way to explain it because the only people who really know where it is are the ones who have gone over.

A man who procrastinates in his choosing will inevitably have his choice made for him by circumstance.

I have a theory that the truth is never told during the nine-to-five hours.

In a closed society where everybody’s guilty, the only crime is getting caught.

In a world of thieves, the only final sin is stupidity.

For every moment of triumph, for every instance of beauty, many souls must be trampled. 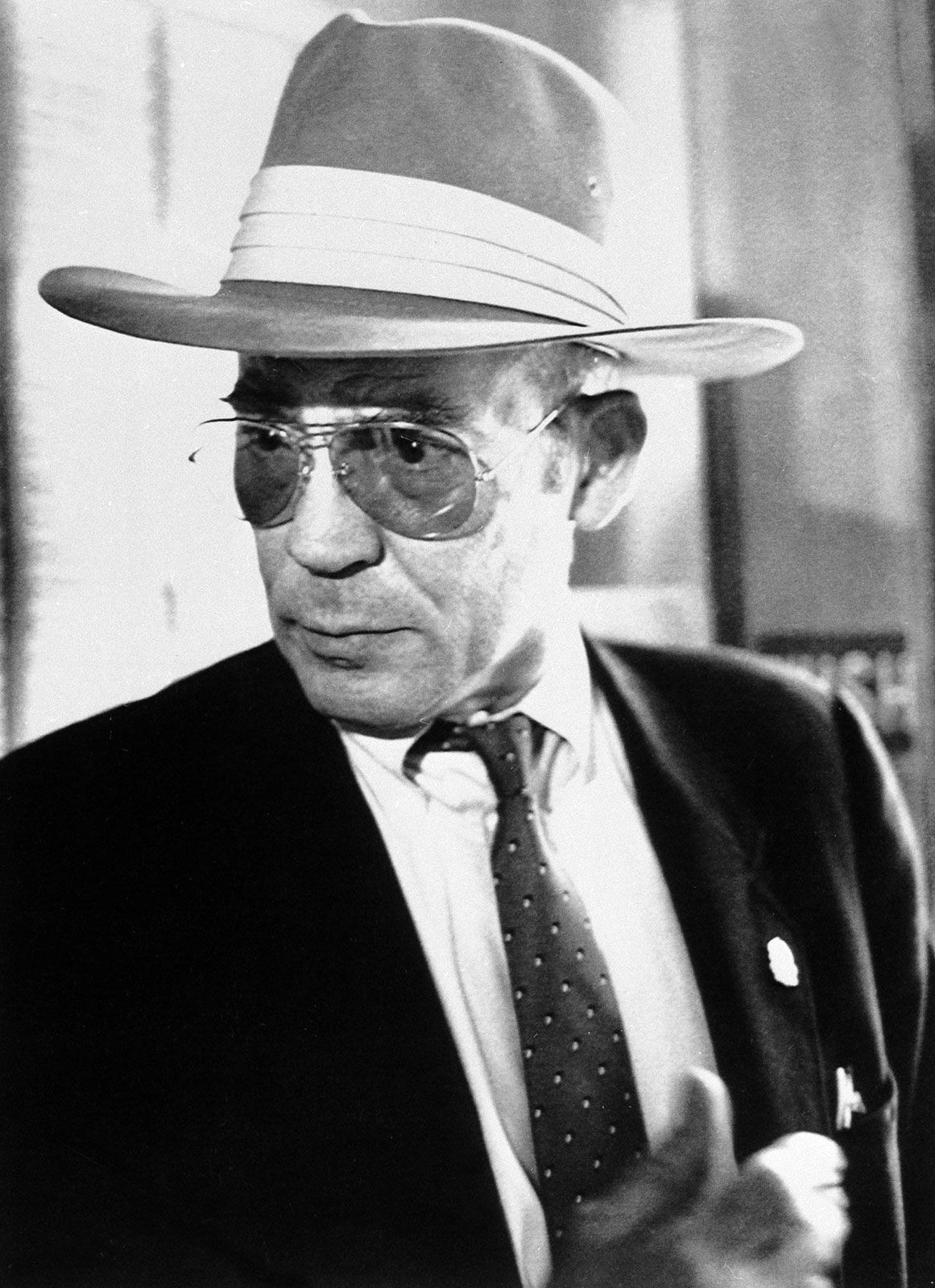 “Famed as the creator of gonzo journalism, the highly subjective blend of fact and fiction, Hunter S. Thompson is arguably one of America’s greatest ever chroniclers of drug-soaked, addle-brained, rollicking good times.
He is best known for his novel Fear and Loathing in Las Vegas, which first appeared as a two-part series in Rolling Stone magazine in 1971. This tale of a long weekend road trip has gone down in the annals of American pop culture as one of the strangest journeys ever undertaken and perfectly showcases Thompson’s outlook on life. But it’s not just in his works that he shares his opinion about life, love and the world at large. Thompson was a man who never shied away from speaking his mind and the internet is littered with his quotes.

Happily the vast online book community Goodreads, which has over 20 million avid readers, has helped sort the wheat words from the chaff. Here’s their selection, in reverse order, of the greatest Hunter S. Thompson’s quotes, both from his writings and from the man himself.

Generation of Swine: Tales of Shame and Degradation in the ’80’s

19. “I was not proud of what I had learned, but I never doubted that it was worth knowing.”

18. “In a closed society where everybody’s guilty, the only crime is getting caught. In a world of thieves, the only final sin is stupidity.”

17. “I have a theory that the truth is never told during the nine-to-five hours.”

13. “When the going gets weird, the weird turn professional.”

Fear and Loathing on the Campaign Trail ’72

11. “Music has always been a matter of Energy to me, a question of Fuel. Sentimental people call it Inspiration, but what they really mean is Fuel. I have always needed Fuel. I am a serious consumer. On some nights I still believe that a car with the gas needle on empty can run about fifty more miles if you have the right music very loud on the radio.”

10. “THE EDGE, there is no honest way to explain it because the only people who really know where it is the ones who have gone over.”

9. “Let us toast to animal pleasures, to escapism, to rain on the roof and instant coffee, to unemployment insurance and library cards, to absinthe and good-hearted landlords, to music and warm bodies and contraceptives… and to the “good life”, whatever it is and wherever it happens to be.”

The Proud Highway: Saga of a Desperate Southern Gentleman

7. “Life has become immeasurably better since I have been forced to stop taking it seriously.”

6. “Sex without love is as hollow and ridiculous as love without sex.”

5. “So we shall let the reader answer this question for himself: who is the happier man, he who has braved the storm of life and lived or he who has stayed securely on shore and merely existed?”

4. “We are all alone, born alone, die alone, and — in spite of True Romance magazines — we shall all someday look back on our lives and see that, in spite of our company, we were alone the whole way. I do not say lonely — at least, not all the time — but essentially, and finally, alone. This is what makes your self-respect so important, and I don’t see how you can respect yourself if you must look in the hearts and minds of others for your happiness.”

3. “I hate to advocate drugs, alcohol, violence, or insanity to anyone, but they’ve always worked for me.”

2. “A man who procrastinates in his choosing will inevitably have his choice made for him by circumstance.”

1. “Life should not be a journey to the grave with the intention of arriving safely in a pretty and well-preserved body, but rather to skid in broadside in a cloud of smoke, thoroughly used up, totally worn out, and loudly proclaiming “Wow! What a Ride!”

Contact Tim with questions, events for community calendar, or if you have an interest in editing pages for        http://www.ThePortlandAlliance.org then contact Tim at

Please Donate for Literacy
and keeping  this resource online…