Bush only allowed the CIA and Pentagon to invade Iraq and Afghanistan.

Obama, elected to secure the peace, allowed the CIA and Pentagon to invade, attack, occupy, exploit and demand extortion from more than 30 sovereign nations who did not attack America.

Obama enlarged and expanded the neo-con agenda. Barack Obama became the most dangerous president in US history. He called himself progressive and governed like a right-wing war-hawk on steroids. Or more accurately, he failed to govern and let corporate elites run the show.

1. Barack Obama is a demonstrable war criminal and should never have been
installed as president.

2. Barack Obama endorsed the extralegal murder of prisoners and claimed it was his “right” to murder anyone, anywhere, anytime, for any reason, or without providing any reason at all.

3. On Obama’s watch, habeas corpus was suspended, illegal wiretapping continued, and Americans were “rendered” for torture, rape and murder abroad without any charges having been filed or evidence presented. 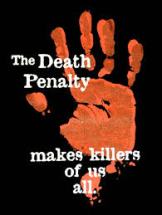 5. There was higher unemployment under Obama and any new jobs being created paid less. Incomes declined. 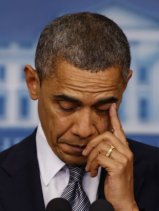 9. The US economy grew more under Bush than under Obama

10. Obama promised single-payer nonprofit health care but delivered mandated payments to the insurance cartels and put them in charge of setting and raising rates.

11. Obama bailed out Wall Street and sold out Main street.

President Obama was not satisfied with having American troops dying in Iraq, Afghanistan, Pakistan, Libya, Somalia and Yemen. He allowed the CIA and Pentagon to send soldiers to five more nations –  Uganda, South Sudan, Liberia, the Central African Republic and the Democratic Republic of the Congo.

By the end of his term America had bombed at least 10 nations that did not attack us, while engaged in avoidable military action in more than 30 countries.

Trump is following Obama’s lead. And Donald has accelerated the killing, murdering more innocents in one year than Obama did in eight.