Big minimum-wage hikes are nothing new in Oregon (OPINION)

Activists pushing for a $15-an-hour minimum wage attend a Senate hearing Nov. 16 at the Capitol in Salem.
(Picture: Ian Kullgren/Staff)

The headline of Garrison Cox’s Nov. 28 guest column may proclaim “‘Fight for Fifteen’ movement has its math wrong”, but his incomplete research and unsubstantiated conclusions fail to add up.

For instance, the article claims “…there is no research that recommends a $15 minimum wage.” What about economic research heavyweights like former Labor Secretary Robert Reich’s article “Why the minimum wage should really be raised to $15 an hour,” or the Oregon Center for Public Policy’s “$15 minimum wage means real gains for workers“?

Unfortunately, it seems Cox slacked off with his homework by ignoring Oregon’s own history of large minimum wage hikes. Otherwise his worries about $15 being too “drastic” would likely be calmed.

From 1972-1976 Oregon’s minimum wage increased 84 percent over four years, an average of 21 percent each year. From 1989-1991 it increased 42 percent over two years, again a 21 percent average annual increase. Oregon’s economy and small businesses did well after each substantial raise.

The proposed increase to $15 phases in over three years, with an average annual increase of 20.6 percent. We are hardly wandering into unexplored territory. Hundreds of thousands of low-wage workers benefited from those proportionally larger minimum wage increases, and the corporate economists’ dire warnings and predictions came to nothing. There is no reason to expect a different outcome this time, despite Cox’s warnings.

The notion that Cox attributes to 15 Now PDX that “workers should not live in poverty if they work full-time” was actually the intent of the first federal minimum wage law. F.D.R. said: “No business which depends for existence on paying less than living wages to its workers has any right to continue in this country,” and, “By living wages, I mean more than a bare subsistence level — I mean the wages of a decent living.” 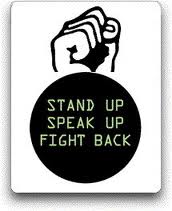 A $15 minimum wage is barely, if even, enough to provide Oregonians a decent living, according to MIT, Alliance for a Just Society, National Low Income Housing Coalition and others. It would help 740,000 Oregonians who currently make under $15 to rise above “a bare subsistence level.”

Cox is right to point out the need for rent control. However, experience has shown that we can’t depend on our legislators by themselves for anything adequate towards affordable housing or minimum wage. It will take a movement to effectively counter corporate interests and opposition to any humane housing policy or decent minimum wage increase that takes away from their profits.

A movement like this is developing in Oregon demanding a $15 minimum wage. If Cox is serious about his support for rent control, he should consider that winning $15 will not only help people afford rent more easily, but the developing movement for $15 also creates opportunities to win other demands such as a housing policy that really benefits our working class communities. Cox should consider what is needed to build unity and win support for rent control, rather than falling into an ill-considered approach of dividing the grassroots.

Mark Vorpahl is an union steward, social justice activist, and writer for Workers’ Action – www.workerscompass.org.  Mark is a member of the 15 Now PDX Steering Committee and can be reached at:  Portland@workerscompass.org

is a member of the 15 Now PDX steering committee