“This case allows the police to stop you on the street, demand your identification,

and check it for outstanding traffic warrants—even if you are doing nothing wrong. If the officer discovers a warrant for a fine you forgot to pay, courts will now excuse his illegal stop and will admit into evidence anything he happens to find by searching you after arresting you on the warrant. Because the Fourth Amendment should prohibit, not permit, such misconduct, I dissent.”

“Please try to remember that what they believe, as well as what they do and cause you to endure does not testify to your inferiority but to their inhumanity” 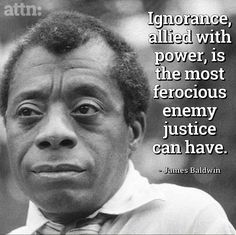 In an impassioned dissent Monday, Supreme Court Justice Sonia Sotomayor broke with the majority of the court in a case about unreasonable searches and seizures, citing James Baldwin’s and Ta-Nehisi Coates’s written experiences of constantly being viewed as criminally suspect as black people in America.

The case, Utah v. Strieff, examined whether it was constitutional for evidence collected unlawfully by a police officer to be used as evidence in court. 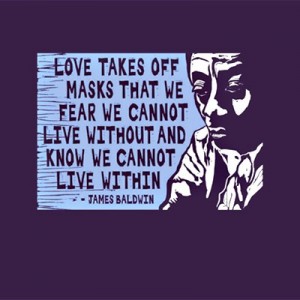 For Justice Clarence Thomas, who gave the opinion, Utah v. Strieff was a case in which “the costs of exclusion outweighs its deterrent benefits.”

But in section IV, Sotomayor wrote for herself about how the ruling was a clear erosion of individuals’ rights:

“By legitimizing the conduct that produces this double consciousness, this case tells everyone, white and black, guilty and innocent, that an officer can verify your legal status at any time. It says that your body is subject to invasion while courts excuse the violation of your rights. It implies that you are not a citizen of a democracy but the subject of a carceral state, just waiting to be cataloged.” 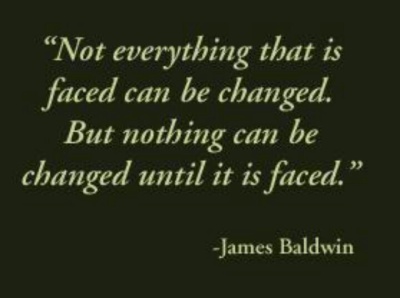 The central point in Sotomayor’s dissent is that the case centers around “suspicion-less stops” that are all too familiar for people of color, even though the defendant in this case is white. She cites James Baldwin’s The Fire Next Time, W.E.B. Du Bois’s The Souls of Black Folk, and Ta-Nehisi Coates’s Between the World and Me as evidence of those who have testified to what it is like living with the indignity of always being susceptible to unconstitutional searches, especially when one has done nothing more than be born in a body that is always already deemed criminal.

As Vox’s Dara Lind has noted, over the past 50 years, there has been a growing push from the Court undermining the rights of defendants and suspects in criminal cases despite the fact that their rights make up a significant portion of the Bill of Rights. Utahfurther solidifies the pro-prosecutor standing that Sotomayor does not share.

But Sotomayor’s dissent highlights how the ruling fails to listen to those who have long discussed the ways illegal stops undermine American democracy.

“We must not pretend that the countless people who are routinely targeted by police are ‘isolated,'” she wrote. “They are the canaries in the coal mine whose deaths, civil and literal, warn us that no one can breathe in this atmosphere.”

Some people are so afraid they cannot find the courage to debunk the junk and face facts. And increasing numbers don’t want to know truths too terrible to bear.