“Every man lives in two realms: the internal and the external. The internal is that realm of spiritual ends expressed in art, literature, morals, and religion. The external is that complex of devices, techniques, mechanisms, and instrumentalities by means of which we live.”

“It is a truism that almost any sect, cult, or religion will legislate its creed into law if it acquires the political power to do so.”

“Religion is the sigh of the oppressed creature, the heart of a heartless world, and the soul of soulless conditions. It is the opium of the people.”

“I’m going to tell you what my religion is. Do unto others as you would have them do unto you. Period. Terminato. Finito.”

“The World is my country, all mankind are my brethren, and to do good is my religion.”

“All religion, my friend, is simply evolved out of fraud, fear, greed, imagination, and poetry.”

“Religion is an illusion and it derives its strength from the fact that it falls in with our instinctual desires.”

The Concise Oxford Dictionary defines an agnostic as one “who believes that nothing is known or can be known of the existence or nature of God.”

Theism is belief in the existence of a Supreme Being or deities.

“When even the brightest mind in our world has been trained up from childhood in a superstition of any kind, it will never be possible for that mind, in its maturity, to examine sincerely, dispassionately, and conscientiously any evidence or any circumstance which shall seem to cast a doubt upon the validity of that superstition. I doubt if I could do it myself.”

Atheism is commonly understood as a rejection of theism in the broadest sense.

(atheism=rejection of belief in God or gods)

Agnostic atheism is a philosophical position that encompasses both atheism and agnosticism.

… The agnostic atheist may be contrasted with the agnostic theist, who believes that one or more deities exist but claims that the existence or nonexistence of such is unknown or cannot be known.

Less broadly, atheism is the rejection of belief that any deities exist.  In an even narrower sense, atheism is specifically the position that there are no deities.

Atheism is contrasted with theism, which, in its most general form, is the belief that at least one deity exists.

Atheism and Theism both deal with religion and the existence of God.

“Atheism is a non-prophet organization.“

“Atheism is the last word of theism.”

“Atheism is a religion itself complete with fanatics and bigots.”

“Surely the day will come when color means nothing more than the skin tone, when religion is seen uniquely as a way to speak one’s soul, when birth places have the weight of a throw of the dice and all men are born free, when understanding breeds love and brotherhood.”

“Do not go where the path may lead, go instead where there is no path and leave a trail.”

“Are you really sure that a floor can’t also be a ceiling?”

“Our task must be to free ourselves… by widening our circle of compassion to embrace all living creatures and the whole of nature and it’s beauty.”

When it comes to philosophy and religion, I’m a gardener who loves to read, write and plant a few seeds.

“You may say I’m a dreamer, but I’m not the only one.  I hope someday you’ll join us. And the world will live as one.”

BB King was an FAA certified private pilot and learned to fly in 1963 at what was  then Chicago Hammond Airport in Lansing, Illinois.[85][86]

He frequently flew to gigs

“Like the most of you, I was raised among people who knew – who were certain. They did not reason or investigate. They had no doubts…

“…We can be as honest as we are ignorant. If we are, when asked what is beyond the horizon of the known, we must say that we do not know. We can tell the truth, and we can enjoy the blessed freedom that the brave have won. We can destroy the monsters of superstition, the hissing snakes of ignorance and fear. We can drive from our minds the frightful things that tear and wound with beak and fang. We can civilize our fellow-men. We can fill our lives with generous deeds, with loving words, with art and song, and all the ecstasies of love. We can flood our years with sunshine — with the divine climate of kindness, and we can drain to the last drop the golden cup of joy.” 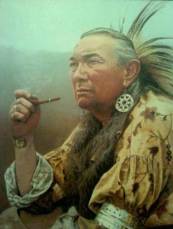 “So live your life that the fear of death can never enter your heart. Trouble no one about their religion; respect others in their view, and demand that they respect yours. Love your life, perfect your life, beautify all things in your life.”

“The first peace, which is the most important, is that which comes within the souls of people when they realize their relationship, their oneness, with the universe and all its powers; and when they realize that at the center of the universe dwells Wakan-Taka (the Great Spirit); and that this center is really everywhere, it is within each of us. This is the real peace, and the others are but reflections of this. The second peace is that which is made between two individuals; and the third is that which is made between two nations. But above all, you should understand that there can never be peace between nations until there is known that true peace, which, as I have often said, is within the souls of men.”