James Booker performing “True” at the Montreux Jazz Festival in 1978. This is an excerpt from the documentary, “Bayou Maharajah.” (the life and blues of a virtuoso.) The above song, written by Louis Cottrell and Don Albert, was recorded by Paul Gayten in 1947. James takes creative liberties.. Here’s a BBC radio piece on this performance ( an interview with director Lily Keber): http://www.bbc.co.uk/programmes/b0650&#8230;

and rhythm-and-blues, and for songs like “The Sunny Side of the Street,” “A Taste of Honey” and “Papa Was a Rascal.”

Born in New Orleans, Louisiana, on December 17, 1939, James Booker was an African-American pianist who developed his own hybrid style of jazz, blues, ragtime and classical music. He worked with legends such as Fats Domino, B.B. King and Aretha Franklin, and is remembered for creatings songs like “The Sunny Side of the Street,” “A Taste of Honey” and “Papa Was a Rascal.” He died in New Orleans in 1983. Booker’s own recordings are rare, but his work has influenced a new generation of musicians.
https://youtu.be/0oFy6AqpbsI?list=RDFRnnmvgeM0Q
James Booker was born James Carroll Booker III in New Orleans, Louisiana, on

December 17, 1939. Booker’s family encouraged his early musical interests, and he began taking piano lessons at the age of 6. He studied classical piano, learning the works of Frédéric Chopin and Johann Sebastian Bach. As a pre-teen, he performed regularly on live broadcasts from a New Orleans radio station. He also studied the saxophone, but the piano remained his true passion
https://youtu.be/hF8kmZ6Nw_M?list=RDFRnnmvgeM0Q
Booker attended the Xavier University Preparatory School in New Orleans. As a high school student, he was already playing in local recording sessions, contributing piano and organ tracks to albums by Fats Domino and other well-known musicians of the era. He released his own first single, “Doing the Hambone,” in 1954.
https://youtu.be/LB7KnXCTm8g
Career Highlights 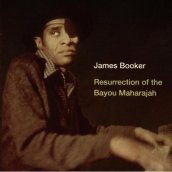 He released five albums during his lifetime, all initially issued by European labels. Among these releases, Junco Partner (1976), New Orleans Piano Wizard: Live! (1977), and two 1976 recordings, Blues and Ragtime from New Orleans and Piano Prince from New Orleans, find him at his very best. A dozen or so albums of varying audio quality have appeared posthumously. 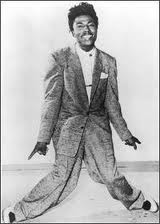 their length, brilliance, and erratic nature. His Tuesday night shows at the Maple Leaf Bar in the Carrollton neighborhood of New Orleans yielded two posthumous albums on Rounder Records, which are full of ranting, hellacious singing, and torrential playing despite the creaky upright piano. Booker also played regularly at the Toulouse Theater in the French Quarter as the intermission and after-show pianist for the One Mo’ Time show, the only locally produced New Orleans theater piece that went on tour to international acclaim. There are no official recordings of Booker from the Toulouse Theater, but do

zens of hours of bootleg tapes have surfaced.

Booker’s personal problems with heroin, cocaine, and alcohol abuse hindered his professional and personal life, and led to his early death on November 8, 1983, in the emergency waiting room of New Orleans’s Charity Hospital

Some of the above from:  http://www.bayoumaharajah.com/booker/ 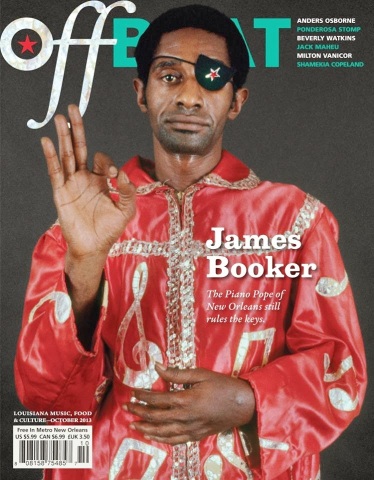 Diligent scholars of Jerry Garcia know that Jerry Garcia, John Kahn and Ron Tutt played two shows at Sophie’s in Palo Alto with keyboardist James Booker on January 9 and 10, 1976. Tapes endure of both shows, along with rehearsal at Club Front two days earlier.

“Booker died then, much like he had lived, no one seemed to notice him, or maybe it was just that it would have been unbearable for him to have been noticed too much. I am glad to hear that people celebrate James Booker now. He would be really happy about that, in a quiet way, I think.”

“Human nature is the reason why I play the piano the way I do. But no just ordinary human nature — some people say I’m a freak of nature.”
— James Booker