For those in denial, ask the families and survivors of people who died in wars of choice of choice under Obama and Biden. Or aske the families of thousands who died in illegal, extra-constitutional American drone strikes. These abrogate US treaties and violate US Federal law and constutional mandates. l law.

(an average of 50 innocent people are killed with each drone strike.)

Anyone who condones war crimes by the Obama Administration has lost sight of reality.

“Unprovoked military aggression is a war crime under international law.
This is completely clear. There are no ifs, ands or buts about it.”

In May 2012, the Kuala Lumpur War Crimes Tribunal found the United States government including [former US 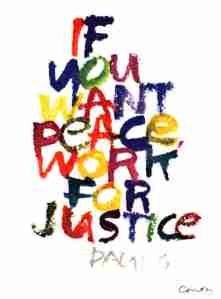 President] George W. Bush, [former US Vice President] Richard B. Cheney, [former US Secretary of Defense] Donald H. Rumsfeld, and Alberto Gonzales; the attorney general, guilty of war crimes for conspiracy to violate the Geneva convention for condoning and allowing civilians to be held indefinitely at Guantanamo.

This judgment also applies to [US] President Barack Obama and Joe Biden, who refused to investigate ongoing crimes and allowed those crimes to continue and expand. The refusal to prosecute the Bush administration is another crime under international law.

As long as Obama, Biden… or their understudy (organized crime wanna be Don Trump)remain in office, this nations is actively ingaged in war crimes, and the USA remains a lawless nation.

“In the name of fighting terrorism the U.S. has been carrying out a silent war of drone strikes in Pakistan, Qatar, and other Middle Eastern states, order death-strikes on what it say are “terrorists”.  But recently released numbers reveal the unmanned aerial vehicle (UAV) warfare program, largely controlled

by the U.S. Central Intelligence Agency, has a very low succes rate in terms of killing high-profile militants, while having large levels of civilian collateral damage with some strikes killing women and children.

Sep 13, 2011 – Veterans for Peace (VFP), a progressive organization if ever there was … for the “impeachment of President Barack H. Obama for war crimes”  Reality intrudes…

This is a time for new and revolutionary beginnings…