In November of 1963, John Kennedy stated at a national security

council meeting that he intended to withdraw all troops and advisors from “that conflict.”

But later that month he was killed, and his Vice President, Lyndon Johnson… who was in that meeting, ignored Jack’s wishes and continued the needless devastation. We lost thousands and Vietnam and Cambodia lost millions… so that Standard Oil could complete soundings in the gulf which have since allowed them to control and profit from extraction in the gulf. The first oil war was expensive in lives and resources.

The cost of wars in Afghanistan, Iraq, and Pakistan are estimated at 225,000 lives and up to $4 trillion in U.S. spending, in a new report by scholars with the Eisenhower Research Project at Brown University’s Watson Institute for International Studies.

The group’s “Costs of War” project has released new figures for a range of human and economic costs associated with the U.S. military response to the 9/11 attacks.

Pakistan Court Decision Finds US Drone Strikes Are ‘War Crimes,’ Which Are ‘Absolutely Illegal’
By: Kevin Gosztola Thursday May 9, 2013 6:09 pm 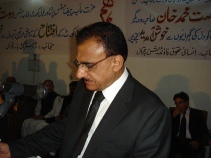 A high court in Pakistan has found that United States drone strikes carried out in Pakistan by the CIA are war crimes, which are “absolutely illegal” and a “blatant violation” of Pakistan’s state sovereignty.

MOMOSUL, Iraq — At one time, Samar Hassan had never glimpsed the photograph of her
that millions had seen, and she had not known it had become one of the most famous images of the Iraq war.

Please Donate for Literacy… and Thanks!

Number of people killed by US police in 2015 at 1,000 after Oakland shooting