The Abrahamic traditions are nearly identical.  They are based on faith.

“Judaism” (in the person of Abraham) established a dangerous notion about having one god, rather than embracing a panapoly of water, earth and sky gods all sqabbling among themselves.

A Jewish reform movement, led by a rabbi named Jesus, was transformed into “Christianity,” years after the spirtualist leader Jesus was judicially executed…

…Islamic theorists see Muhammad as a prophet, but significant numbers of Muslims and Christians endorse perambulations of a second coming of Jesus, the Jewish educator.

1. There is one God…
2. The greatest human task is love
3. Everyone, loving themselves, should love their neighbors

As much as I admire and respect faith traditions like deism and atheism, I find no evidence which supports either premise: God or no God.

An invisible man in the sky, perfect… yet with violent human emotions, angers and fears… seems like a natural contradiction.  Much of the bible, written by human beings, is vicious, cruel and filled with prejudice, hatred and vitriol.

Perhaps love does matter, regardless of what it may say in religious texts…  and blessings we bestow upon one another are more important than prayer, worship or invisible gods demanding our obsession under threats of fire, fever, fear, loathing, brimstone and devils with horns and forked tails who can light cigars with their fingers.

Silliness in the extreme…

In spite of art, fiction, science and Walt Disney… we are finite creatures in an infinite universe. Logic holds there have to be myriad mysteries  beyond our ken.  But instead of folding up and quivering in fear, we can embrace mystery until it blossoms into joy.
Life is fine!

We’re all in the same boat.  We can be kind to one another, with or without an invisible old man in the sky or a devil with a pitchfork buried underground or in our subconscious. Rodney King nailed it.
We can  all get along without fear, compromise or surrender.
Courage cures fear. 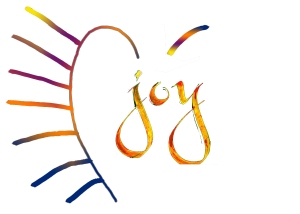 “A flower blossoms for its own joy.”
― Oscar Wilde
https://thewordsmithcollection.wordpress.com/2014/04/14/life-is-fine-enjoy-not-to-worry/

Please Donate for Writing, Literacy and Creative Arts… and Enjoy!