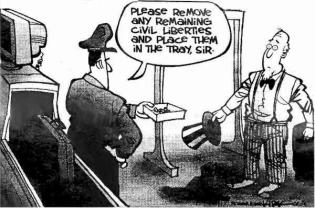 Civil liberties are in decline in America.
Americans no longer have a right to know charges brought against them.  The last American president (Obama), decided he had an imperial right to murder anyone, anywhere, any time, for any reason or without providing any reason at all.

Barack Obama and Joe Biden went on to murder innocent Americans who broke no laws. Obama and his administration did this without due process of law.  No president is allowed to do this, but Obama effectively declared himself king. This malfeasance is how Don John Trump assumed the throne.  Now Biden promises nothing will change.

Currently, we are involved in unprovoked American aggression against more than 48 nations who have not attacked us.

We have extralegal operations going on in at least 150 nations and now have more than 800 military bases involved in expanding wars of aggression. These wars violate U. S. law, international law, the U. S. constitution, the War Powers Act and abrogate treaties which are federal law.

Woody Guthrie~ All You Fascists Bound To Lose

In the United States, police agencies murder unarmed people in the street and the  judicial system murders prisoners who pose no threat. Some of these murdered prisoners have later been found to be innocent. 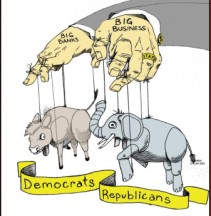 America allows police officers to kill innocent unarmed citizens without accountability. The supreme court has declared U. S. Police officers are above the law.

North Dakota Police officers and militarized police from surrounding states have been carrying on a war against unarmed Native American water-protectors and allies.

Criminals with badges are injuring men, women, children and elders in violation of U. S. laws and treaties. Obama and Trump both refused to stop these atrocities. The rule of law is over in America.

Obama declared that his new rule without law gave him a right to murder at will. Trump then assumed this new presidential “right of kings.”  We are in a heap of trouble. We must wake up everyday people because civil rights and human rights are disappearing. Biden is committed to unending wars.

“The rule of law’s erosion was implemented by the Bush administration and realized by the Obama administration. Congress failed to stop it. Under the Trump administration, the Washington, D.C., establishment dis nothing to stop this crisis. Voters across America have excused transgressions on both sides of the corporate aisles.

This cannot go on indefinitely without causing serious harm to our country.”