Trump is a flat stupid racist, sexual predator and war criminal.
Joe Biden is another demonstrable war criminal. Both Trump and Biden are incompetent and unqualified to lead.

Donald John is mentally-disturbed and dangerous.

John Gartner, Ph.D., is the founder of Duty to Warn, an organization intent on warning our country that we are in dire trouble due to our president’s mental instability. More than 60,000 mental health professionals have signed John’s petition, which states:

“We, the undersigned mental health professionals, believe in our professional judgment that Donald Trump manifests a serious mental illness that renders him psychologically incapable of competently discharging the duties of President of the United States. And we respectfully request he be removed from office, according to article 4 of the 25th amendment to the Constitution, which states that the president will be replaced if he is ‘unable to discharge the powers and duties of his office.’”

“It’s high time we called Trump by his real name — traitor, perhaps our country’s worst traitor ever. I speak not of his attack on our allies, his appeasement of our adversaries, his assault on the press, his coddling of racists, his repulsive misogyny, his rampant corruption, his terrible cronyism, his brazen nepotism, his abuse of children, his obstruction of justice, his contempt for our justice system, his war on the environment or his cowardly abasement in Moscow. I speak of his systematic destruction of our economy.”

Trump was untrained and unschooled, yet refused debriefings and remains a delusional narcissist. Donald ran America by spending trillions to kill millions for billionaires like himself. In a free country, a racist thug like Trump would not be expanding 34 unprovoked wars of aggression which are bankrupting the nation.  Now Biden has endorsed those same wars and refusing to secure the peace. In America, freedom has been deferred and denied.

https://revolutionresource.org/category/trump/
“There comes a time when silence is betrayal.”

It helps to pay attention to the damage done by Obama, Trump and Biden:

“Donald has conquered the party of Reagan and is fulfilling a dream of the hard right – the demolition of government. ” And Biden promises nothing will change.
https://www.rollingstone.com/politics/politics-features/the-damage-trump-has-done-123566/
“If Trump succeeds in building his own version of a mafia state, America, once a beacon to all the world, Reagan’s shining city, will more closely resemble Putin’s Moscow.”
https://www.theguardian.com/culture/2018/mar/20/fran-lebowitz-you-do-not-know-anyone-as-stupid-as-donald-trump

And Joe Biden, inheriting the 34 wars which are his legacy… says nothing will change.“Lebowitz thinks the biggest danger of Trump is that he is a moron. “Everyone says he is crazy – which maybe he is – but the scarier thing about him is that he is stupid. You do not know anyone as stupid as Donald Trump. You just don’t.” 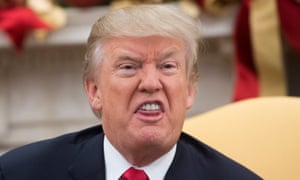 person of Trump’s impairments, in the office of the presidency, is a danger to us all. What mental health experts can offer is affirmation that these signs are real, that they may be worse than the untrained person suspects, and that there are more productive ways of handling them than deflection or denial.”
~Bandy Lee
And Biden is no better. The lesser evil theory is a lie.
https://www.politico.com/magazine/story/2018/07/16/some-dare-call-it-treason-219014“I’m so sorry the Commander-in-chief is a traitor,” tweeted Michael Moore, agreeing with Brennan for the first time ever. Tea Party stalwart Joe Walsh said the same. “Trump the Traitor,” read the headline on Boston Globe columnist Michael A. Cohen’s Monday afternoon piece. He concluded, “Trump is a clear and present danger to US national security.”

And Biden promises NOTHING WILL CHANGE.

Please Donate for Literacy
and to keep these resources online.