This is what German and Italian people said in the thirties.

“That men do not learn very much from the lessons of history is the most important of all the lessons that history has to teach.”
Aldous Huxley

“The most effective way to destroy people is to deny and obliterate their own understanding of their history.”
― George Orwell
https://revolutionresource.org/2014/05/20/revolution-and-liberation/
“Reality denied comes back to haunt.”
― Philip K. Dick, Flow My Tears, the Policeman Said
https://thepeaceresource.com/2016/01/30/devolution-vs-revolution-2016/

America now carries out overt assassinations and murders, calling them “justice.” No trial, no charges, no rule of law, zero accountability and hundreds of thousands (or millions) of innocent victims. These so-called leaders do this in our name, on our dime, with our lives. And the blow-back is here. Chickens are roosting.
“Renderings for torture, rape and murder continue… after Sanders, Chump and Clinton battled over who gets to accelerate the expansion of our ugly imperial demockracy.
And Barack Obama, while telling us to trust him, claimed a new right of kings to murder at will…. anywhere, anytime, for any reason… or without providing any reason at all.  Obama then killed innocent Americans in our name.
Sometimes history screams.”
https://youtu.be/OpKB6OZ_B4c?list=RDOpKB6OZ_B4c&t=41

Donald John Trump has doubled down, killing more people his first 8 months in office than Obama and Biden got killed in eight years of expanding wars enforcing illegal extraction, exploitation and extortion.  D. J. and Barry spent trillions killing millions for billionaires, munitions cartels, banksters, insurance conglomerates and war-profiteers.  This continues to bankrupt this nation while crippling the planet. We are running out of time.

With federal thugs attacking legal protesters, our freedom is gone. Militarized police and federal secret police will now enforce the spiraling decline of empire.  We are under attack, unless we find our spines and stand up to fight back.

Peace is the only thing worth fighting for.

“A person may cause evil to others not only by his actions but by his inaction, and in either case he is justly accountable to them for the injury.”

Reality is not all it’s cracked up to be. Some say life is merely an illusion. But over time we find small truths, big lies, radical science and brilliant ideas.

Unfortunately, most of the time war trumps peace, aggression spreads and myths abound. Too many live in personal fictions and find facts too great a burden to bear.

“Reality denied comes back to haunt.”

“At home, militarized police departments allow officers to kill unarmed citizens at will with zero accountability, two weeks paid vacations and get out of jail free cards. And our leaders export this aggression overseas with illegal drones known to kill an average of 50 innocents per strike.” 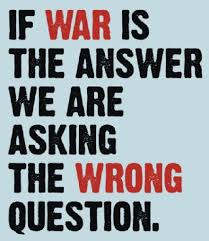 It is critical that we shut down corporate wars and reinvest in jobs with justice. We can rebuild sustainable infrastructure and restore human resources by choosing peace over war.

These are the tasks at hand.

The pirates in charge of ongoing U. S. wars of choice are profiteers, pure and simple. Their military arrogance and disdain for the public and the law is astounding. But there are more of us, by a long shot… than there are of them.

https://thepeaceresource.wordpress.com/2016/03/30/war-is-good-for-nothin/
“Pessimism becomes a self-fulfilling prophecy; it reproduces itself by crippling our 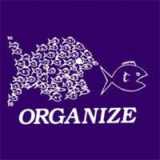 willingness to act.”
― Howard Zinn, You Can’t Be Neutral on a Moving Train:
A Personal History of Our Times
“Peace is the only battle worth waging.”
― Albert Camus

The Real Green Party New Deal is about Peace, People and a healing Planet

“Our generation is on the verge of the most profound catastrophe the human species has ever faced. “Death threats to the living earth are coming from all sides. Water, sunlight, air and soil are all threatened.”