Skip to content
Bernie is just another war guy… 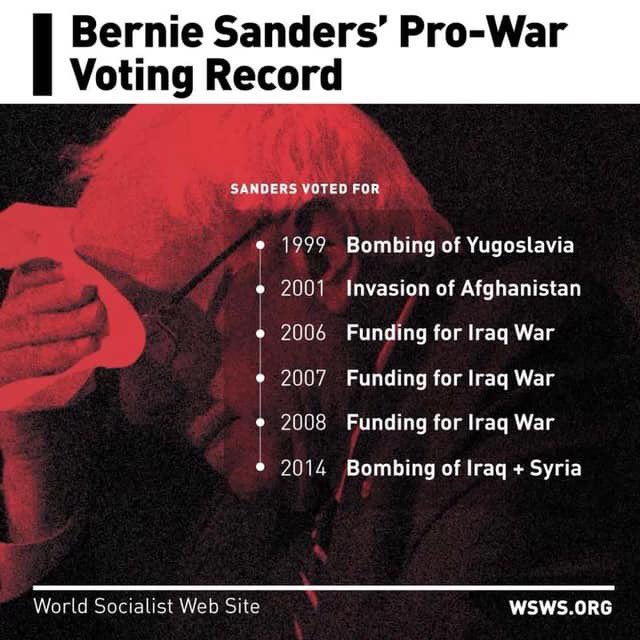 https://youtu.be/57Ykv1D0qEE?list=RD57Ykv1D0qEE
Marvin Gaye – Inner City Blues (Make Me Wanna Holler)
War is the problem and
A Green New Deal for Peace
is the cure.
https://revolutionresource.org/2016/01/20/bernie-is-right-wing-on-war/
Sander’s record on Israel is not mixed.
Bernie Sanders has offered justifications for murders in Gaza
and tacitly approves extra-legal wall-building, land seizures,
settlements and assassinations.
https://thepeaceresource.com/2015/08/15/the-right-wing-political-record-of-bernie-sanders/ 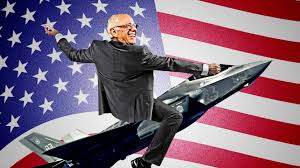 Bernie voted against the Iraq war for show,
but then voted to fund it 9 times in a row.

And Sanders voted for 48 more unprovoked wars
of American aggression.

https://revolutionresource.org/2020/02/02/no-bernies-not-anti-war/
Sanders is a conservative invested in profiteering, American Imperialism and the expansion of empire.
Bernie supports dozens of Obama and Trump’s wars and drones killing an average 50 innocents per strike.
https://thepeaceresource.com/2019/02/20/bernie-is-a-war-guy-not-what-we-need/
…From an antiwar perspective, Sanders is bad on Afghanistan, Syria, Yemen, Ukraine, Palestine, Russia and Iran.
And that’s the bottom line for many liberals. As long as Bernie gives them a bigger piece of the American Empire’s pie they are fine with him being pro-war.
https://thepeaceresource.com/2015/10/03/bernie-sanders-missing-pieces/
Bernie Sanders Rejects Syria No-Fly Zone,
Backs Airstrikes
https://thepeaceresource.com/2020/02/21/sanders-is-a-right-wing-pro-war-guy/
Bernie is just the same as nearly every other US politician. He’s an imperialist.

Please Donate for Literacy
and to keep this resource.