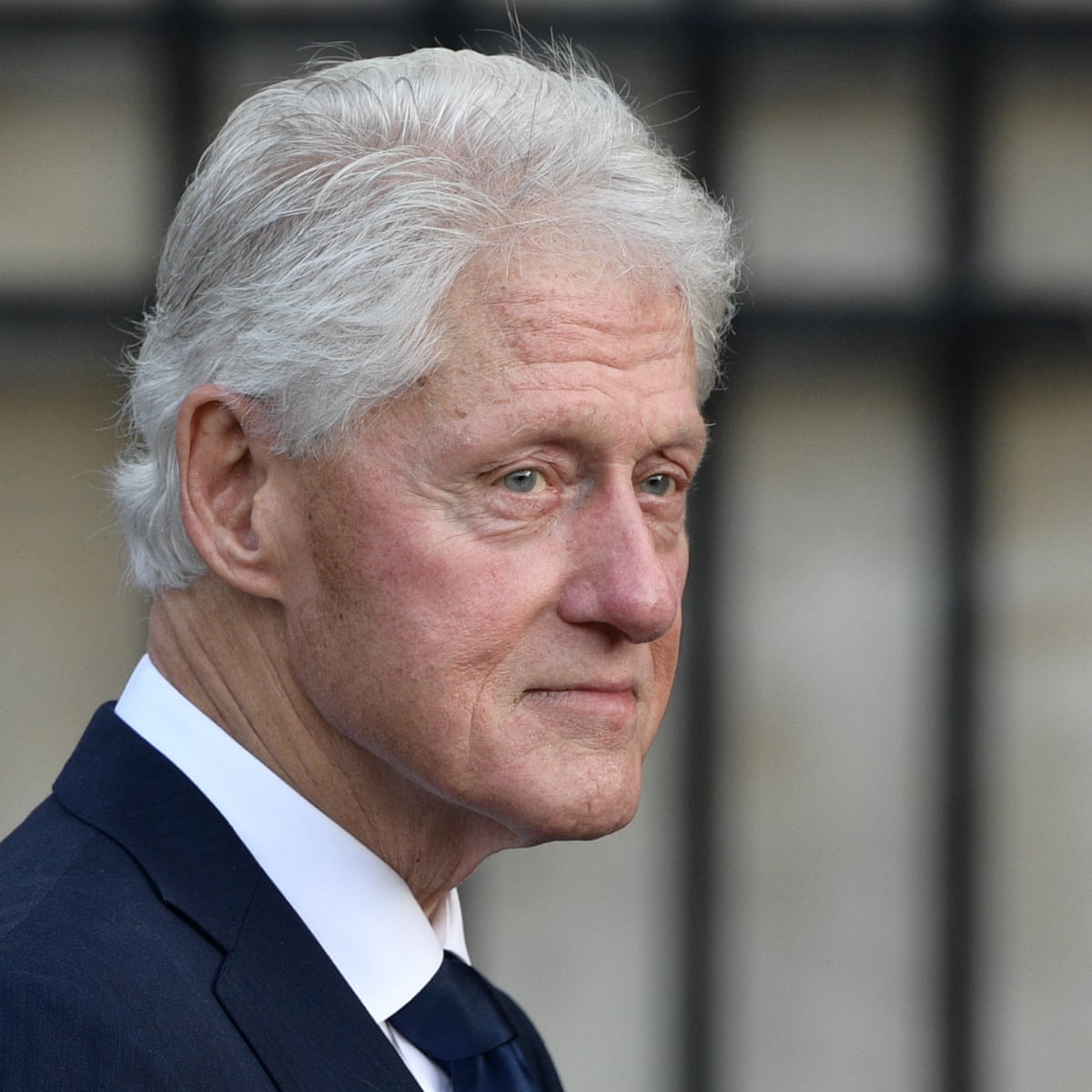 William Jefferson Clinton (William Jefferson Blythe Jr.) … became the first president to disregard the War Powers Act. ... In 1998, Clinton signed the Iraq Liberation Act, which asserted that it was “the policy of the United States to support efforts to remove the regime headed by Saddam Hussein from power in Iraq and to promote the emergence of a democratic government to replace that regime.” … In short, Clinton began to make the argument that President George W. Bush would build upon: that the removal of Saddam Hussein was in the national interest of the United States.

Clinton dramatically expanded the practice of extraordinary rendition. Extraordinary rendition, which the George W. Bush administration would use extensively to much criticism, “allowed US officials to bypass extraditions procedures by apprehending suspected terrorists on foreign soil and either bringing them to the United States for trial or sending them to other countries for interrogation and incarceration.” The practice is considered a violation of international law... Once apprehended by the Clinton administration, many of the detainees were tortured. Under Clinton, the procedure (which had only been used three times by previous administrations) became “routine.”

Clinton was much more conservative than many might believe, and he passed significant 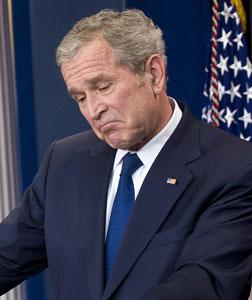 amounts of legislation that curtailed Americans’ civil liberties. Likewise, Clinton laid the groundwork for the War on Terror by expanding the presidency’s war-making powers and by setting some dangerous precedents in regard to extraordinary rendition.  Clinton, without the consent of congress, waged wars on Iraq, Bosnia, Afghanistan, Sudan and Yugoslavia.
(https://historynewsnetwork.org/article/172398)

“The budget went from surplus to deficit; the country went from peace to war; military spending went from 3 percent of GDP to seven times that much. The man in charge was, Smith says, “unprepared for the complexities of governing, with little executive experience and a glaring deficit in his attention span, untutored, untraveled, and unversed in the ways of the world.’’ And he left behind a country, Smith argues, “impoverished by debt, besieged by doubt, struggling with the aftereffects of the worst recession since the Great Depression, and deeply engaged in military conflicts of our own choosing.’’
(By David M. Shribman Globe Correspondent) 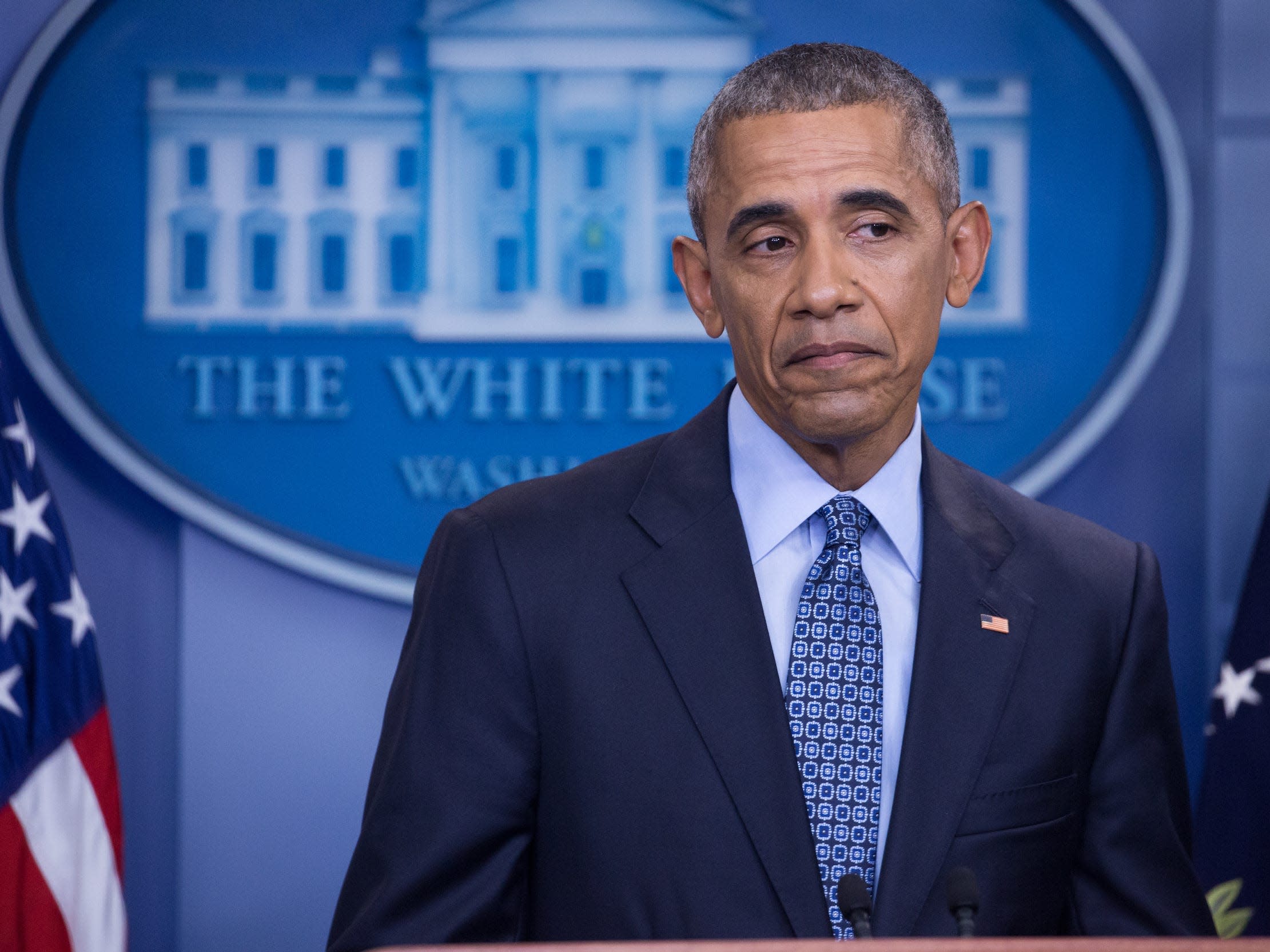 “President Obama is not a pioneer of the illegal and offensive wars that the United States has engaged in during the last 20 years. Even still, he is an expansionist, reflected clearly in the development of his drone program. During his presidency, Obama approved the use of 563 drone strikes that killed approximately 3,797 people. In fact, Obama authorized 54 drone strikes alone in Pakistan during his first year in office. One of the first CIA drone strikes under President Obama was at a funeral, murdering as many as 41 Pakistani civilians. The following year, Obama led 128 CIA drone strikes in Pakistan that killed at least 89 civilians. Just two years into his presidency, it was clear that the “hope” that President Obama offered during his 2008 campaign could not escape U.S. imperialism.
Obama inherited the Iraq War, the Afghanistan War, and various aspects of the War on Terror, all of which began during the Bush administration.  Obama misused American military and intelligence resources in Pakistan, North Africa and the Middle East. Without congressional approval, he waged war in Libya and his mis-administration led to ill-fated military endeavors and counterproductive sanctions in Darfur, Eastern Congo, Ghana, Zimbabwe, Sudan, Somolia, Rwanda and Mali. Various U.S. drone wars involved extrajudicial killing and summary executions.
The Obama administration was involved in funding and facilitating conflicts which included Iran, the West Bank, Palestine, Syria, Bahrain, and Yemen. American forces inflamed violence and under Obama, the elected leader of Ukraine was removed by the CIA.
https://en.wikipedia.org/wiki/Foreign_policy_of_the_Barack_Obama_administration

…Obama and Biden’s drone operations extended to Somalia and Yemen in 2010 and 2011, resulting in more destructive results. Under the belief they were targeting al-Qaida, President Obama’s first strike on Yemen killed 55 people including 21 children, 10 of which were under the age of five.  …

…Additionally, 12 women, five of them pregnant, were also among those who were murdered in this strike.

These blundered acts of murder by not only President Obama, but the U.S. government, were and remain morally reprehensible. 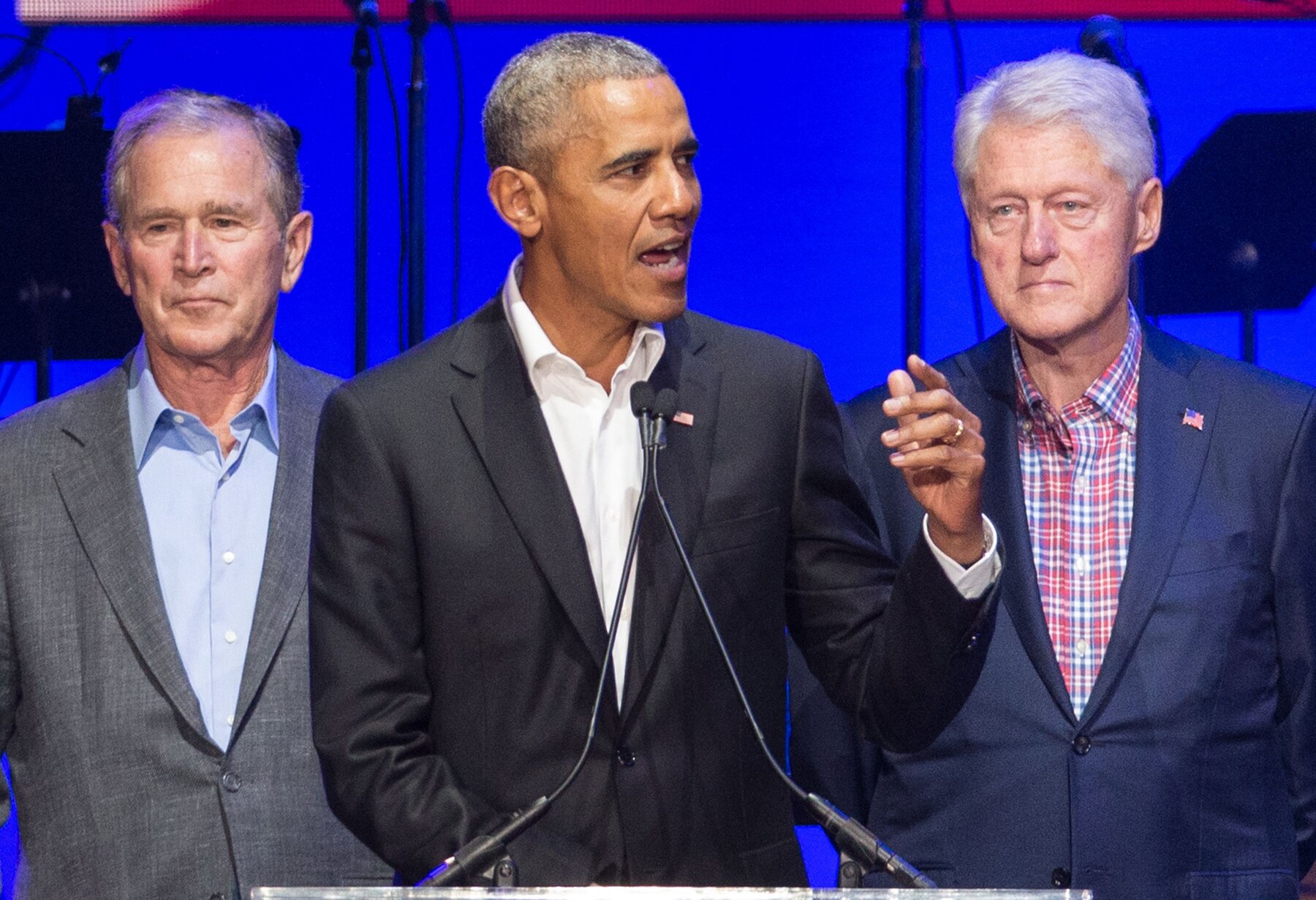 Even more civilian casualties came out of Afghanistan throughout Barack Obama’s time in office. In 2014, Obama began removing troops currently deployed in the country. However, instead of this action by the president being one in a pursuit of peace and stability in the region, it only acted as an opportunity to drastically increase air warfare. Afghanistan had war rained upon them by U.S. bombardment, with the administration viciously dropping 1,337 weapons on Afghanistan in 2016. In total that year, the Obama administration dropped 26,171 bombs (drone or otherwise) across seven countries: Syria, Iraq, Afghanistan, Libya, Yemen, Somalia and Pakistan. The U.S., in cooperation with its allies including the Afghan government, killed 582 civilians on average annually from 2007 to 2016.

...With the exception of the wars themselves, the claim that former President Barack Obama is a war criminal also lies within the double-tap initiative. Double-tap drone strikes are as disturbing as 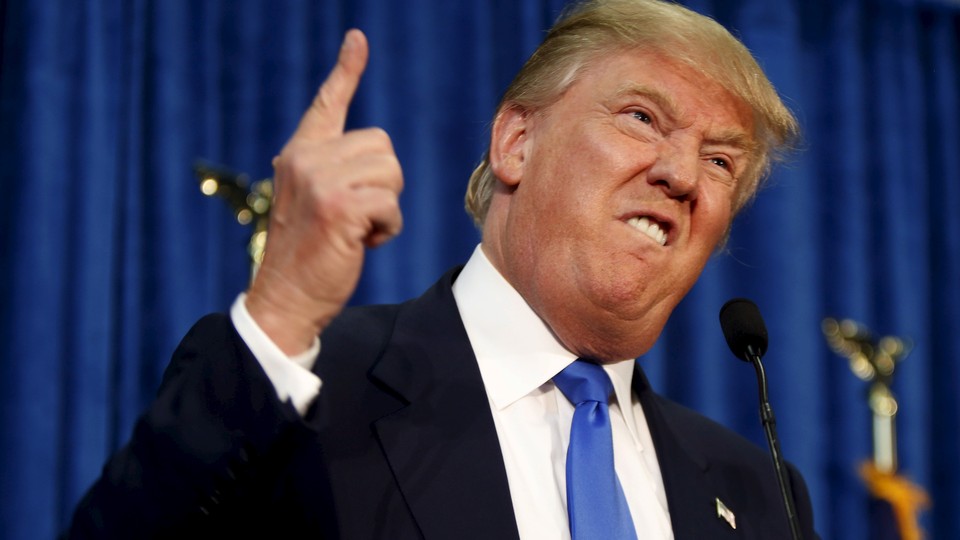 they sound; these attacks are follow-up strikes on first responders as they rush to the bombed area trying to assist any survivors. In 2012, an attack on the Shawal Valley aimed at Taliban commander Sadiq Noor reportedly killed up to 14 people in a double-tap drone strike. These attacks are both morally and legally reprehensible, as they are conscious acts of murder against civilians.”
(Prince Williams Sept. 29, 2021 Harvard Political Review)

...is a crude, ignorant, racist, rapist and thug who was not qualified to be president. His stupidity 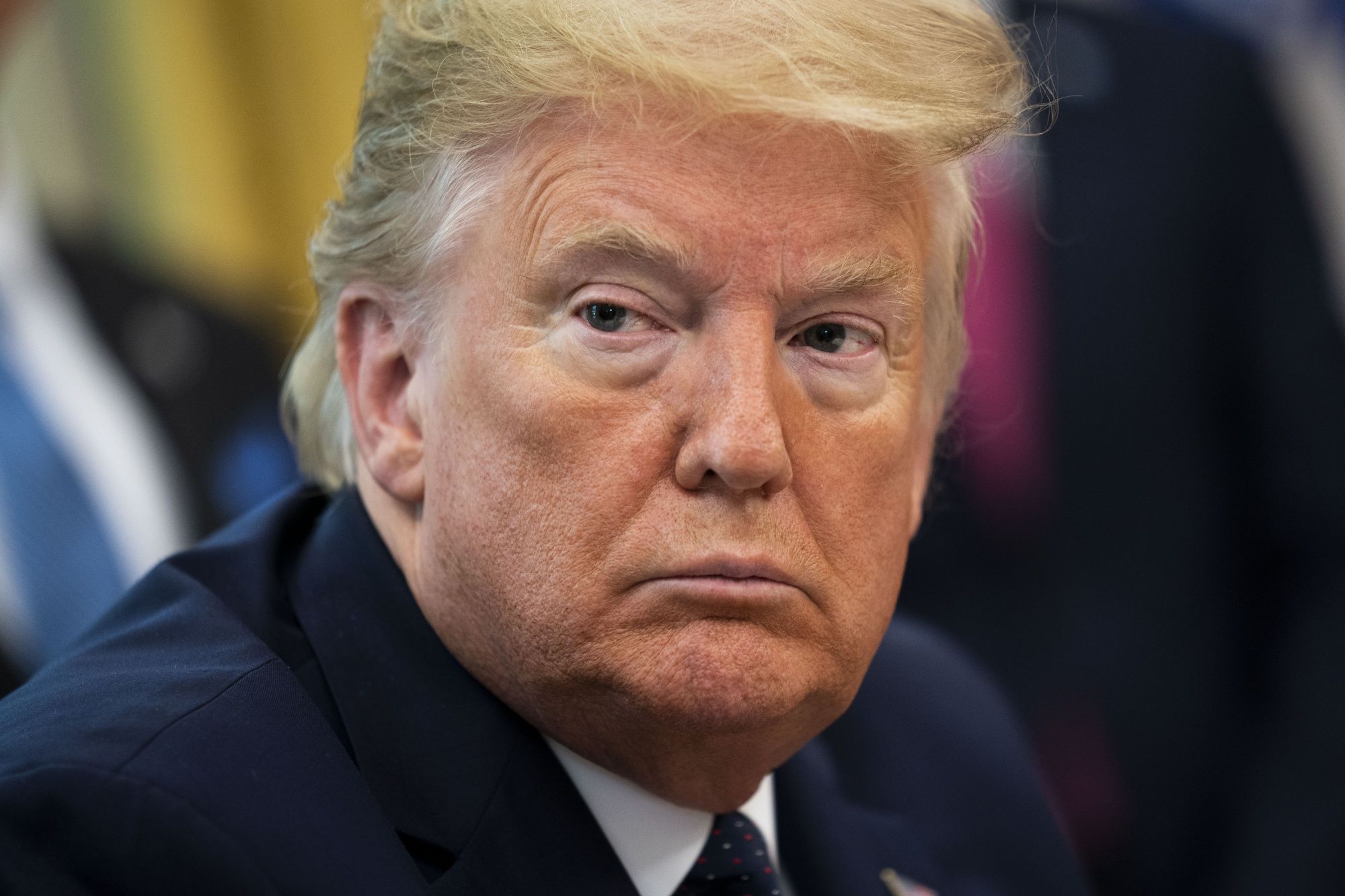 compounded the damages inflicted by Obama and Biden.

When President Donald Trump canceled a visit to the Aisne-Marne American Cemetery near Paris in 2018, he blamed rain for the last-minute decision, saying that “the helicopter couldn’t fly” and that the Secret Service wouldn’t drive him there. Neither claim was true.

Trump rejected the idea of the visit because he feared his hair would become disheveled in the rain, and because he did not believe it important to honor American war dead, according to four people with firsthand knowledge of the discussion that day. In a conversation with senior staff members on the morning of the scheduled visit, Trump said, “Why should I go to that cemetery? It’s filled with losers.” In a separate conversation on the same trip, Trump referred to the more than 1,800 marines who lost their lives at Belleau Wood as “suckers” for getting killed.

“Under Trump’s watch, the US has dropped bombs at a record pace in Afghanistan; killed the leaders of ISIS and Iran’s elite forces; supported the Saudi-led war in Yemen despite bipartisan congressional opposition; escalated US attacks on terrorist targets in Somalia without seriously investigating civilian casualties; and threatened military action in Venezuela and North Korea.

Meanwhile, Biden voted to invade Iraq and authorized airstrikes on Yugoslavia while in the Senate, and backed Obama’s failed interventions in Syria and Libya, though the former vice president later said he didn’t support the North African operation. He also told Stars and Stripes last week that he doesn’t foresee making any large cuts to the defense budget, despite its enormity.”

“The wars launched by the United States in the last 30 years—Iraq, Yugoslavia, Afghanistan, Iraq again, Syria, Yemen, Libya—have all, by the Nuremberg definition, been wars of aggression plotted by war criminals. The violation of the Nuremberg Principles was codified as US policy in the National Security Strategy of the Bush administration in 2002, which asserted the right of the United States to take unilateral military action against another country without presenting credible evidence of self-defense. …”

“…Washington declared that it no longer needed to meet the historically established standard, born of the bloody experiences of two world wars, that the threat of imminent attack was necessary to justify military action. To assert that they perceived the possibility of a threat was sufficient grounds to justify invasion. War was the naked instrument of policy.

The wars of aggression of Clinton, Bush, Obama, Trump and Biden contain the accumulated evil of the torture in Abu Ghraib and Guantanamo, the drone bombing of children at play, villages leveled by precision missiles and refugees drowned in the Mediterranean. Baghdad crumbled beneath the shock and awe of unstinting US bombing; Fallujah burned with white phosphorus.

The American mass media is complicit in these crimes. They never challenged the government’s assertions, but trumpeted its pretexts. They whipped up a war-frenzy in the public. Pundits who now denounce Putin were ferocious in demanding that the United States bomb civilians.” 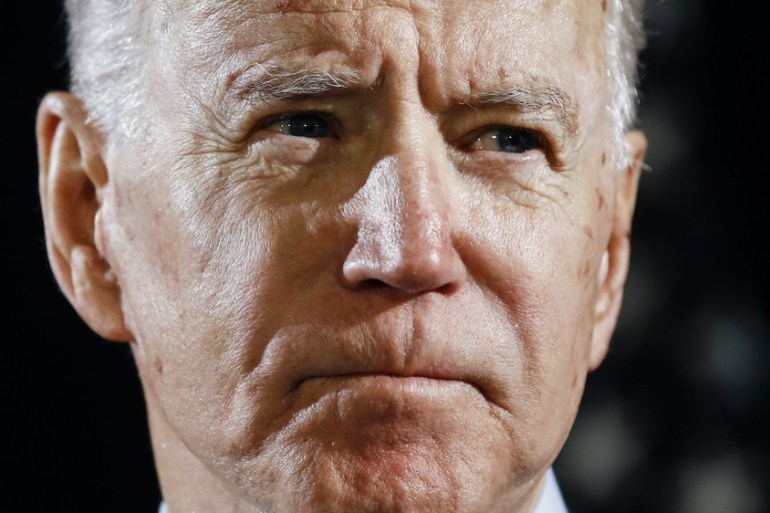 Biden, a demonstrable war criminal, has been installed at the helm. These are hard times… Barack Hussein Obama, Joseph Robinette Biden Jr., Kamala Devi Harris, Donald John Trump and Michael Richard Pence are in different parties but reading from the same military-industrial program.

It is not a small thing that President Obama (and his vice president, Joe Biden) claimed the right to murder anyone, anywhere, any time for any reason or without providing any reason at all.

A more pressing issue is that Obama and Biden exercised this “right of kings” to murder innocent Americans who committed no crime. Donald Trump climbed on board the Murder, Inc. bandwagon. And Biden swears nothing will change.

Why is this OK?

The last seven American presidents have misused American intelligence and military resources for illegal corporate sanctions, attacks, bombings and invasions to enforce extraction, exploitation and extortion. These crimes have made Americans the bad guys, with dim racists and thugs at the helm.

The USA can shut down 50 corporate-American wars of aggression and invest in peace, people and planet. History speaks volumes. https://thepeaceresource.com/?s=history

… We lost the economic war, organized criminals seized power: The CIA, Pentagon and 16 intelligence services, agencies, mercenaries and contractors wreak havoc… We must look at the eye of this storm.

Howlin’ Wolf – How many more years?

Revolution is the cure.