“Beating back the commies”

was a corporate headline,
bought and paid for
by the Rockefeller family.

A communist was winning in a run-up to free elections for the leadership of Vietnam until Rockefeller, Standard Oil and Ike Eisenhower intervened to cancel the Vietnamese elections and setup a puppet government for exactly long enough to do soundings in the gulf and find the oil deposits described by Mr. Hoover.

The puppet Eisenhower setup was collapsing before the end of 1963 when John Kennedy informed the National Security Council (NSC) we would be withdrawing.

After Kennedy was assassinated, Johnson ignored his edict, continued the war,
and in 1964 the nation of Vietnam was divided into North and South.

We continued to suffer American and Vietnamese losses when enforcing the U. S. backed military regime setup in the South to defend French colonial holdings.
But when Standard Oil’s work in mapping the gulf was complete… we left.

The war ended, the puppet regime was dissolved and the Vietnamese people, triumphant, took back their nation.

Macroeconomics and who owns or wants to seize natural resources are what determines the fate of this planet.  America has supported corporate crimainls instead of standing up for peace, justice, freedom and the truth.

These deep-pocket geopolitical machinations are the reason for avoidable economic warfare wrapped in jingoism. The “domino theory” is the tail wagging the dog. 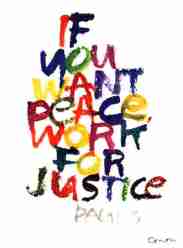 It’s our job to track down the dog
and and put a leash on it.

Instead, we let out the dogs of war
in unprovoked attacks against
smaller and less powerful nations.

Which corporate candidate we “elect” and vote for in sham elections have little impact on these realities. Those who own the presses control the news.

Today, instead of “beating back the commies,” the new scapegoats for endless war and exploitation are “terrorists.”  So our leaders spend trillions of our dollars, killing millions and making new enemies overseas in dozens of expanding conflicts about corporate extraction that do not make the front page. We have become the terrorists.

Nothing trickles down but blood. Lesser evil is absolutely evil.

Dozens of expanding corporate wars about private extraction, exploitation and extortion are bankrupting the nation, crippling the planet and unsustainable.

We export terror, munitions and war to enforce corporate thefts of resources as if this was legitimate. The blow-back is ISIS, ISIL,

bankruptcy and infrastructure spiraling into a sad decline.

Flogging the dead horse of wars for profit with expanding aggression in more than two dozen nations is over the top and nobody wants to talk about the bodies, victims, casualties, devastation, dying oceans and rising seas.

We need to turn the page, shut down the wars and secure the peace. We can make demands and persuade our corporate partners to invest in rebuilding this nation to export knowledge, technology and peace.

We could have chosen peace in November 2016, but a lying corporate press made it tough to find the courage to walk the talk and vote for peace, people and planet.

We can still build a future with a Green New Deal leader like Dr. Jill Stein.

Peace and a Green New Deal… can create a sustainable future….

But we are running out of time.