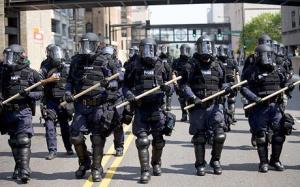 “These problems aren’t rare, they aren’t isolated, and they are taking an enormous human and financial toll on our country. If we are to ever properly address this problem, we cannot do so if we do not honestly admit its expansive size, scope and depth.

A rare problem will get a tiny solution. That’s what we’re getting right now, but the United States is facing a true moral human rights crisis with police brutality and corruption in our country. The United Nations just sharply criticized our country for our police brutality crisis. For the first time in its history, Amnesty International is sending human rights monitors to the United States to monitor American police and is issuing scathing reports on what it is finding.

For millions of Americans, this issue is the most important issue in our nation. It’s time we act like it.”

Mugshots of the Baltimore Police Officers who killed Freddie Gray.

Just How Many Bad Cops are There and What’s Their Impact?

9,000 bad cops in the US is a massive problem. 90,000 bad cops in the US is total disaster. People are dying. Unarmed people, often in front of witnesses, sometimes even on camera. We as a nation are simply accepting the process by which justice is meant to be be served. We are accepting that 90,000 (or even 9,000) bad cops on our streets with our children is somehow acceptable.

So, this is the state of the nation. What can we do?

Imagine how much it would improve if every man, woman and child who witnessed a police interaction took out their phones and cameras and captured video of it. Someone gets pulled over, 10 people begin filming. A cop approaches a teenager in the mall, 20 people start filming. Every time. Imagine if every cop knew that every time he was in public WE would be there to hold him accountable. Imagine… 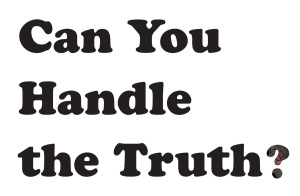 above by Kelly W. Patterson
a lifelong resident of Las Vegas, who’s been very active in local grassroots activism, as well as on a national level during his extensive travels. He’s also the founder/main contributor of Nevada CopBlock, Editor/contributor at CopBlock.org and designed the Official CopBlock Press Passes.

The following report was generated from data gathered in the months of April 2009 through September 2009. In the those 6 months there were:

When examining misconduct reports by type, non-firearm related excessive force complaints were most common at 21.3% (652) of all reports, followed by sexual misconduct complaints at 13.0% (397), and then fraud/theft reports at 9.8% (300).

The average national police misconduct rate is estimated to be 834.69 per 100,000 police officers. In 2008 there were an estimated 712,360 state and local law enforcement officers employed in the US for an average of 1 officer for every 231.5 people.

the above info from:  http://www.policemisconduct.net/2009-npmsrp-semi-annual-police-misconduct-statistics-report-updated/

How do corrupt police officers get away with crimes?

An Alabama police officer reportedly wanted to murder a local resident and make it look like a case of self-defense. The murder didn’t happen, but the officer wasn’t charged.

Officer Troy Middlebrooks of the Alexander City Police Department kept his job after authorities there paid the resident, Vincent Bias, $35,000 to avoid being publicly sued over the incident, according to The Guardian.…

What we need is accountability.

“The murders of Aaron Campbell, Keaton Otis,  and James Chasse, Jr. have never been resolved. None of the officers who broke the law and violated Police Department Procedures have been charged, tried,or prosecuted for these crimes. We, the citizens of Portland, Oregon have paid millions for the crimes committed by PDX police officers, yet none of these officers have been disciplined. They continue to serve in spite of their crimes. The shootings of James Jahar Perez and Kendra James may have been forgotten by some, but we have yet to see accountability or justice.  This must change. …  We deserve an explanation from our council and some discipline and more responsible leadership in our Police Bureau. ”