Chris Hedges and Jill Stein:
The Whole Political System is a Scam 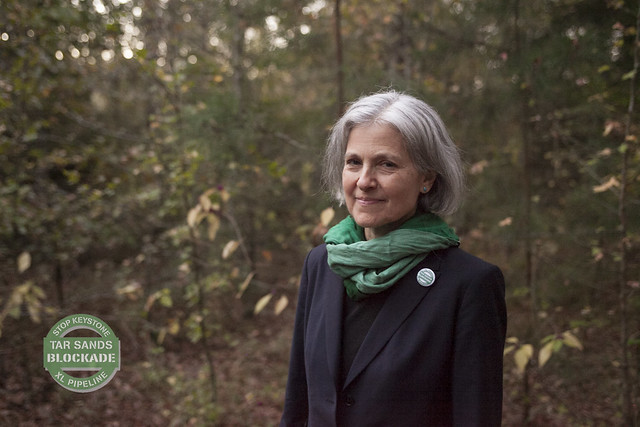 This is a discussion between Chris Hedges and Jill Stein.  Here is the first exchange.

“STEIN: Great to be here, Chris.

HEDGES: So let’s begin with the nature of what some have called the dark state. How it operates, how it works. Because every facet, whether it’s electoral politics, whether it’s legislation, whether it’s the courts, whether it’s the mass media, has been completely seized by corporate power. And in many ways, a chief executive like Obama is beholden to those interests, has very little influence on them. How do you look at the American political system?

STEIN: It is extremely corrupt. It serves the interests of oligarchy. It puts people, planet, and peace, it subjugates those critical things to profit. We have a political system which is funded and therefore accountable to predatory banks and fossil fuel giants and war profiteers. And those are the interests it serves, those are the policies it creates, and it has, you know, it’s sort of like an amoeba that oozes its way into all aspects of the system.

In the words of Chief Justice Louis Brandeis a century ago, you can either have a democracy or you can have vast concentrations of wealth. You can’t have both. And we have a system, whether you call it corporate capitalism or corporatism or just plain greed, whatever you call it we have a system that systematically puts profit over everything else. And it continues to spiral out of balance in a way that now puts us all in the target hairs.And I think that’s the sort of exciting thing about this moment, that we’ll get to in this, in part two. But it’s reached a level where no one except for really the 1 percent, or perhaps the 5 percent, but no one now is out of danger. We’re imperiled in a very clear and direct way, whether you’re talking about an entire generation of young people who are locked into debt for the foreseeable future, the decline of wages, the true joblessness that actually exists. The foreign policy of total economic and military domination that’s blowing back at us now catastrophically. The immigrant human rights disaster, as 60 million people were forced to migrate over the past year alone. I mean, it’s–and the climate is in meltdown.So in some ways we’re in this kind of magical moment, it’s an existential moment which is very personal and very real. So it has enormous potential, I think, for transformation. The question is which way is it going to go, and how are we going to make that happen?”

In this episode of teleSUR’s Days of Revolt, Chris Hedges and Green Party candidate Jill Stein diagnose the problems plaguing US politics, highlighting the dysfunction of a two-party system dominated by corporate interests.

A transcript of the inteview can be found at:
http://therealnews.com/t2/index.php?option=com_content&task=view&id=31&Itemid=74&jumival=15657

“If you are tired of wage theft, slave labor and working poverty…  abandon the corporate cons an

d war-profiteers who have brought us twenty seven unnecessary wars, joblessness, and recession while sacrificing the peace to please munitions contractors.  It is time to stand firm.”   ~Jill Stein

This next election, we must send a message.  Write letters, provide options, explore solutions, let us know what our tactics must be to take back the nation.
editor@writingresource.org