My father served in World War Two. He saw and lived the horror of Hitler’s fascism. If my Dad were alive to see Trump and Biden’s new American fascism… he would be part of the resistance.

The events occurring now on our border with Mexico are unthinkable. Children are separated from parents and both are put into prison camps and wire cages. And the new “Don,” Trump the White House Fascist, expanded dozens of wars of unprovoked aggression while saying the press is a villain and anyone who disagrees with Trump’s terror tactics is a traitor.
Those not reminded of Hitler’s rise, are not paying attention.

And Biden is no better. 50 wars continue to expand and escalate.

We have an ignorant. amoral and unrepentant fascists at the helm. Too many are willing to allow it. 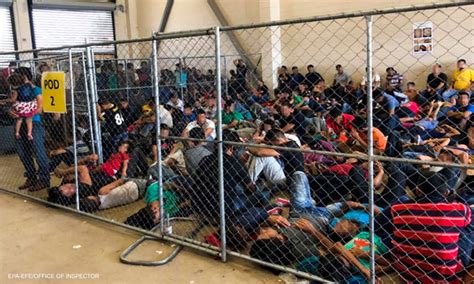 Obama, Trump and Biden have tortured thousands of innocent children and their families.
These victims are the tired, poor, huddled masses yearning to breathe free.  These good people are invited guests: Lady Liberty is lifting her lamp. But the door slams shut.

Children separated have yet to be reunited.
In spite of much talked about traditions and freedoms, petty racists, cowards, criminals, traitors, liars, thieves and murderers in the White House and Congress have forgotten about freedom and slammed shut the golden door.

Their arrogance, racism and ignorance speaks volumes to the world.

Now everyday people at home and around the globe hang in the balance: this precarious and delicate chaos is infested with racism, misogyny and hate

Trump is a racist and a fascist. Adolf is his mentor. And Biden swears these crimes will continue.

“Adolf Hitler was a German politician, demagogue, and revolutionary. He was leader of the Nazi Party, Chancellor of Germany from 1933 to 1945 and Führer of Nazi Germany from 1934 to 1945.”

“To miss the parallels in what our government is doing today, you would have to be blind. It’s there in the way that Donald Trump invokes the boogeyman of MS-13 to justify the imprisonment of children too young to tie their shoes. It’s there in the stories of detainees who have no idea where Homeland Security has taken their children, and have no way of finding out.
Yes, our government is only rounding up human beings, not executing them or burying them in mass graves. But the roots of that evil are there — they have, to an extent, always been there. Does it need to flower into something truly monstrous before we recognize it for what it really is? Hitler also did things by degrees, nipping away at freedoms and piling one small indignity on top of another. That has been the strategy of the Trump administration: first racial insults, then stepped-up enforcement, then the wall, then the cage.
… Yes, it’s true that the collective trauma of the Shoah can be a well of despair. But it’s a

fount of determination for us, too. To truly honor its victims, we need to make their memory into a living testimony, a reminder that “never again” means not letting authority denigrate another’s humanity and not turning away refugees to face their fate alone.
Now, more than ever, we need to deal in moral absolutes and make it clear to our representatives that separating families is a spiritual line in the sand. Should they cross it, they will be adding a black mark on their career that no subsequent amount of good deeds or time will ever obscure.”

Adam Roy is a professional journalist based in Colorado. 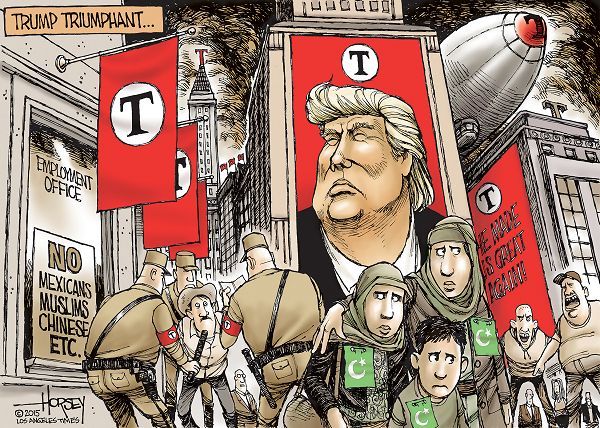 “Like many Ashkenazi Jews, my ancestors came from the far western reaches of Imperial Russia, the region known as the Pale of Settlement. It wasn’t by choice that they settled there: Catherine the Great banished the Jews to that slice of the empire’s frontier after merchants in Moscow complained that their Jewish competitors were stealing away business with their “well-known fraud and lies.” Things got worse in the 1880s with the enactment of the May Laws, which barred Jews from participating in the financial system and doing business on certain days, and capped the percentage of Jewish students allowed in schools.

If that sounds familiar, it’s because Adolf Hitler followed that same playbook in 1935, denying Jews citizenship, barring their access to certain professions and eventually herding them into ghettos. Bit by bit, he transformed us into the Other: corrupting, poisonous, a danger by our very existence.

To miss the parallels in what our government is doing today, you would have to be blind.”

Never forget: Mussolini and Hitler made their first target the press. After years of ‘alternative facts’ in America… we can see why.

“Trump spent four years vilifying the “dishonest” media…, even invoking the Nazi chant of “enemies of the people.” Aided by the alt right zealots at Breitbart, he successfully persuaded millions of Americans that The New York Times, Washington Post, CNN, and MSNBC are seditious forces bent on denigrating and destroying the man they elected.

…Calling out the lies did not stop Trump. His motives may have differed from those of Mussolini and Hitler. He’s not ideological. In his case, autocratic instincts come as a psychological motor in the pursuit of greed and the protection of his unbridled and ludicrous ego. The lack of ideology doesn’t make him any less dangerous, though.”

The human rights group compared Donald Trump’s Presidency to the ‘escalating steps of oppression’ that led to the Holocaust. 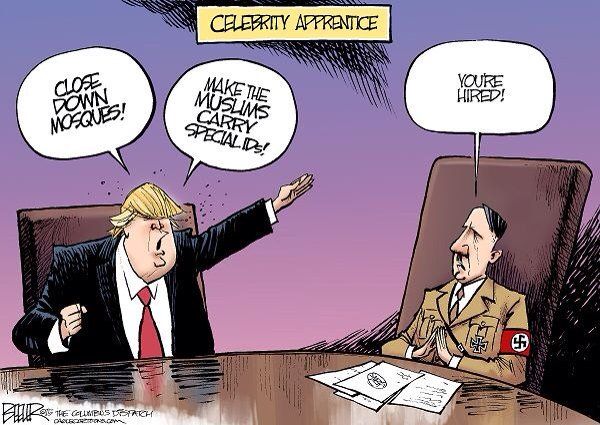 …”He told Newsweek: “1930s Germany imposed a series of escalating steps of oppression, including demonization, discrimination and isolation of vulnerable communities, that evoke what we are seeing today. That comparison is just, and not to make the comparison would be a dereliction of our duty to ensure ‘never again’ to any people.”

Mr Goldstein said he did not wish to “trivialise the Holocaust” by equating Trump to Hitler, who oversaw the murder millions of people.

But he added: “By the same token, it is responsible, and indeed our moral imperative, to point out parallels between actions taken by the Trump administration today and the actions taken by Germany in the 1930s before the Holocaust.”