Donald John Trump is an ignorant and unteachable racist.
https://thepeaceresource.com/2018/11/13/backlash-blues/
Donald is functionally illiterate and presiding over the destruction of the American empire by expanding dozens of wars of aggression which must end if we are to survive.
Reality beacons. We are in a burning house…
https://thepeaceresource.com/2018/09/06/workin-blues/ 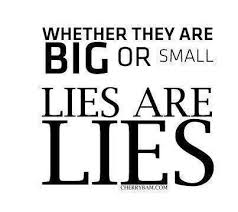 36 plus years of avoidable wars of aggression against smaller and less powerful nations who did not attack was never a good idea. Legislators and presidents, in our name, have spent trillions killing millions for billionaires, munitions firms and war-profiteers.

There are consequences for lawless corporate malfeasance…

https://youtu.be/Vet6AHmq3_s
“Available economic, educational, and military data indicate that, when it comes to U.S.

global power, negative trends will aggregate rapidly by 2020 and are likely to reach a critical mass no later than 2030.”

Things are much worse and more dangerous than most people want to know.  And we are running out of time.

“Where justice is denied, where poverty is enforced, where ignorance prevails, and where any one class is made to feel that society is an organized conspiracy to oppress, rob and degrade them, neither persons nor property will be safe.”