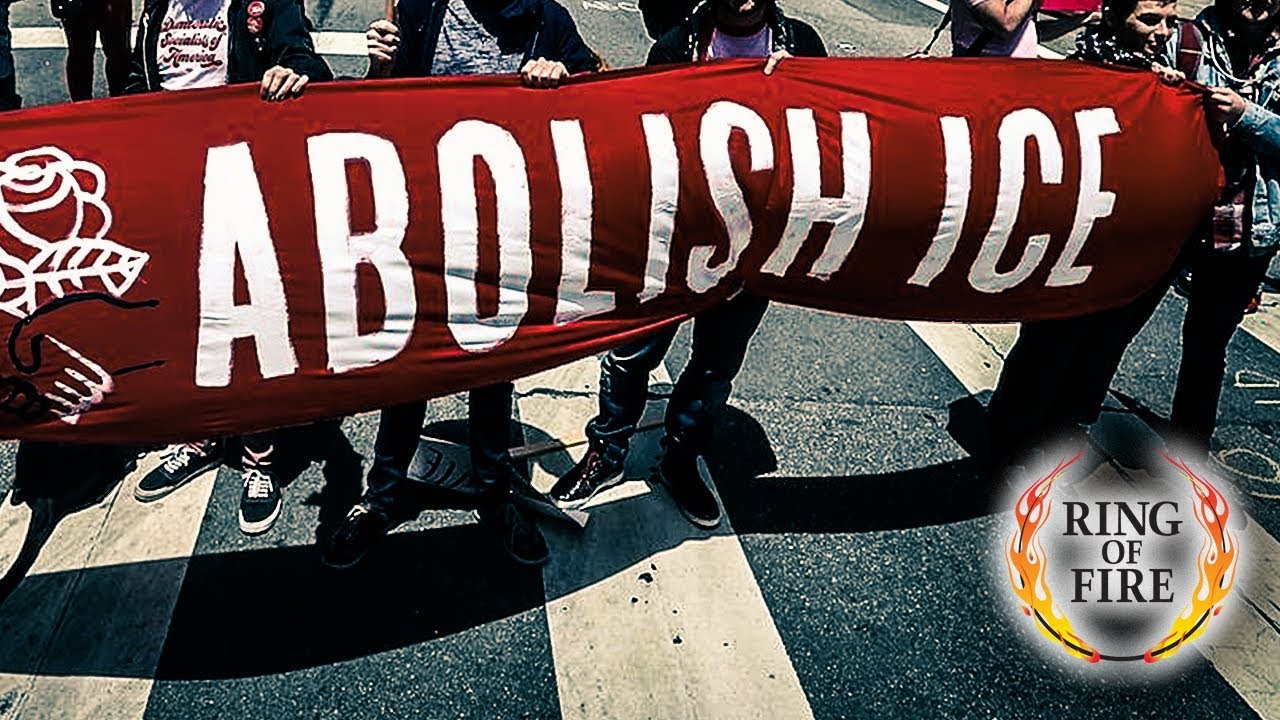 ICE has become part of the problem…

https://youtu.be/dWBeGK96pVQ
All You Fascists – Billy Bragg

ICE and the Brown-shirts have common ground

“The SS was prized by Hitler for training its members to be totally ambivalent about  atrocities they committed. With Border Patrol now becoming the same, and using that right-wing ideological commitment to oversee dehumanizing and murderous concentration camps, the Left must be unequivocal in calling the agency what it is: the American SS.”

https://youtu.be/UOnzDKvn7YI?list=RDUOnzDKvn7YI
BB King – Why I Sing The Blues – Live In Africa 1974

A growing fascism in America is concerning.

Incoming refugees seeking asylum from America, the nation who has been attacking

and/or supporting tyrants in Central America for years is ironic… but legal.

The events occurring now on our border with Mexico are unthinkable. Children are separated from parents and both are put into prison camps and wire cages. And the new “Don,” the White House Fascist, has expanded dozens of wars of unprovoked aggression while saying the press is a villain and anyone who disagrees with Trump’s tactics is a traitor.  Those who are not reminded of Hitler’s rise to power, are not paying attention.

We have ignorant fascists at the helm and too many are willing to allow this.

Trump and his ilk tortured thousands of innocent children and their families. These victims are the tired, poor, huddled masses yearning to breathe free. Under Biden, this torture continues…

people are invited guests:
Lady Liberty is lifting her lamp.
But the door slams shut.

Trump is a racist and a fascist. Adolf is his mentor.
And under Biden, nothing has changed.

Prison camps, dying children and wall-building at our borders are bad news.
https://revolutionresource.org/…/american-foreign…/
Tear down this wall! Rebuild 57 thousand bridges across America. Shut down 49 corporate wars and invest in peace, people and planet. Sanity beacons…

If we do not want these refugees here, we should stop doing what we are doing there.

Seeking asylum is not a crime.

https://youtu.be/gp5JCrSXkJY?list=RDgp5JCrSXkJY
Buffalo Springfield – For What It’s Worth 1967

“The United States recognizes the right of asylum for individuals as specified by international and federal law.

“Like many Ashkenazi Jews, my ancestors came from the far western reaches of Imperial Russia, the region known as the Pale of Settlement. It wasn’t by choice that they settled there: Catherine the Great banished the Jews to that slice of the empire’s frontier after merchants in Moscow complained that their Jewish competitors were stealing away business with their “well-known fraud and lies.” Things got worse in the 1880s with the enactment of the May Laws, which barred Jews from participating in the financial system and doing business on certain days, and capped the percentage of Jewish students allowed in schools.

If that sounds familiar, it’s because Adolf Hitler followed that same playbook in 1935, denying Jews citizenship, barring their access to certain professions and eventually herding them into ghettos. Bit by bit, he transformed us into the Other: corrupting, poisonous, a danger by our very existence.

To miss the parallels in what our government is doing today, you would have to be blind.”

Please Donate for Literacy
and to keep this resource.