Vermont senator and ostensible socialist Bernie Sanders is playing the sheepdog candidate for Hillary Clinton this year. Bernie’s job is to warm up the crowd for Hillary, herding activist energies and the disaffected left back into the Democratic fold one more time. Bernie aims to tie up activist energies and resources till the summer of 2016 when the only remaining choice will be the usual lesser of two evils.

Sheepdogging for Hillary and the Democrats in 2016
By BAR managing editor Bruce A. Dixon

“The sheepdog is a card the Democratic party plays every presidential primary season when there’s no White House Democrat running for re-election.”

Spoiler alert: we have seen the Bernie Sanders show before, and we know exactly how it ends. Bernie has zero likelihood of winning the Democratic nomination for president over Hillary Clinton. Bernie will lose, Hillary will win. When Bernie folds his tent in the summer of 2016, the money, the hopes and prayers, the year of activist zeal that folks put behind Bernie Sanders’ either vanishes into thin air, or directly benefits the Hillary Clinton campaign.

Don’t believe us? Then believe Bernie himself interviewed by George Stephanopoulos on
ABC News “This Week” May 3.

STEPHANOPOULOS: So if you lose in this nomination fight, will you support the Democratic nominee?

SANDERS: Yes. I have in the past.

STEPHANOPOULOS: Not going to run as an independent?

SANDERS: No, absolutely not. I’ve been very clear about that.

Bernie Sanders is this election’s Democratic sheepdog. The sheepdog is a card the Democratic party plays every presidential primary season when there’s no White House Democrat running for re-election. The sheepdog is a presidential candidate running ostensibly to the left of the establishment Democrat to whom the billionaires will award the nomination. Sheepdogs are herders, and the sheepdog candidate is charged with herding activists and voters back into the Democratic fold who might otherwise drift leftward and outside of the Democratic party, either staying home or trying to build something outside the two party box. 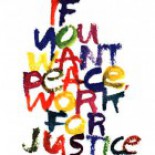 1984 and 88 the sheepdog candidate was Jesse Jackson. In 92 it was California governor Jerry Brown. In 2000 and 2004 the designated sheepdog was Al Sharpton, and in 2008 it was Dennis Kucinich. This year it’s Vermont senator Bernie Sanders. The function of the sheepdog candidate is to give left activists and voters a reason, however illusory, to believe there’s a place of influence for them inside the Democratic party, if and only if the eventual Democratic nominee can win in November.

Despite casting millions of voters for the likes of Jesse Jackson, Al Sharpton and other sheepdogs, those leftish Democrat voters are always disregarded when Democrats actually win. Bill Clinton gave us NAFTA, a vicious “welfare reform,” no peace dividend or push for DC statehood, lowered unemployment but mostly in part time and low-wage jobs, and mass incarceration of black and brown people. President Obama doubled down on bailouts of banksters and GM, and immunized them from prosecution but failed to address the most catastrophic fall

in black household wealth in history. We got health care for some instead of Medicare for All, the Patriot Act renewed instead of repealed, a race to privatize public education, drone wars and still more mass incarceration of black and brown people. And if President Obama gets his way, we may soon have a global job-destroying wage-lowering NAFTA on steroids, with the TTP and TTIP.

The sheepdog’s job is to divert the energy and enthusiasm of activists a year, a year and a half out from a November election away from building an alternative to the Democratic party, and into his doomed effort. When the sheepdog inevitably folds in the late spring or early summer before a November election, there’s no time remaining to win ballot access for alternative parties or candidates, no time to raise money or organize any effective challenge to the two capitalist parties.

At that point, with all the alternatives foreclosed, the narrative shifts to the familiar “lesser of two evils.” Every sheepdog candidate surrenders the shreds of his credibility to the Democratic nominee in time for the November election. This is how the Bernie Sanders show ends, as the left-leaning warm-up act for Hillary Clinton.

Intent on avoiding the two-party “lesser evil” trap this year, about two hundred activists gathered in Chicago last weekend to consider the future of electoral organizing outside the Democratic and Republican parties. Many of the participants were Greens, including former presidential and vice presidential candidates Jill Stein and Rosa Clemente, the former Green mayor of Richmond California, and many others. There were also representatives from Seattle, where Socialist Alternative’s Kshama Sawant won election to Seattle’s city council, as well as Angela Walker, a black socialist who received 67,000 votes for Milwaukee County sheriff in 2014, and many others, including some who took part in the recent Chicago mayoral election.

There was trans-partisan interest in a 50-state ballot access drive to put the Green Party’s Jill Stein on the presidential ballot for 2016 presidential race. Currently the law keeps Greens and others off the ballot in more than half the states. Precise details vary according to state law, but if a third party candidate after obtaining one-time ballot access receives about 2% of total votes, a new ballot line is created, granting ballot access to any potential candidate from school board to sheriff to US congress who wants to run as something

other than a Republican or Democrat. That, many participants agreed, would be a significant puncture in the legal thicket that now protects Democrats against competition on the ballot from their left. But a nationwide trans-partisan ballot access campaign to create a national alternative to the two capitalist parties is something left activists must begin serious work a good 18 months before a November election, essentially right now.

Whether or not a national ballot access campaign is undertaken by Greens and others, a Bernie Sanders candidacy is an invitation to do again what’s been done in 1984, 1988, 1992, 2000, 2004 and 2008. Bernie’s candidacy is a blast toward the past, an invitation to herd and be herded like sheep back into the Democratic fold, to fundraise and canvass and recruit and mobilize for Bernie, as he warms up the crowd for Hillary. Bernie is a sheepdog.

The question is, are we sheep?

see original publication:
http://www.blackagendareport.com/bernie-sanders-sheepdog-4-hillary
Bruce A. Dixon is managing editor at Black Agenda Report, and a state committee member of the GA Green Party. He lives and works near Marietta GA and can be reached at bruce.dixon(at)blackagendareport.com.

recognized as a global leader in health care and people. She advocates for peace and a restoration of human services at home and abroad. As we transition to peace, instead of transitioning between wars, we can rebuild, renew and replace failing infrastructure.  This will create jobs at home, good-will abroad and ships will rise.

Turn the White House into a Green House in November »

Dr. Jill Stein is the ticket.

She has a plan for shutting down dozens of wars of choice, including the ongoing brutality in Gaza and the West Bank. It is way past time we got past the last five angry and militant men, and put a capable, professional woman (and distinguished physician) in the White House.

Dr. Jill Stein can provide the critical transition from exporting munitions, terror and war… to exporting knowledge, technology and medical and agricultural expertise… along with peace in our time.

Let’s allow her to help heal a nation in distress.

Stein was endorsed for President in 2012 by Noam Chomsky, a linguist, author and activist, and by Chris Hedges, a Pulitzer Prize-winning journalist and war correspondent, among others. She is as real as it gets.” 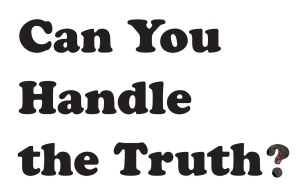 She is running for President of the United States.

She is the co-author of two widely-praised reports, In Harm’s Way: Toxic Threats to Child Development, and Environmental Threats to Healthy Aging.

Her “Healthy People, Healthy Planet” teaching program
reveals the links between human health, climate security,
and green economic revitalization. This body of work
has been presented at government, public health and
medical conferences, and has been used to improve public policy.
https://thewordsmithcollection.wordpress.com/2014/04/14/life-is-fine-enjoy-not-to-worry/