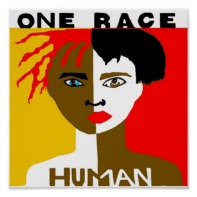 “It demands great spiritual resilience not to hate the hater whose foot is on your neck, and an even greater miracle of perception and charity not to teach your child to hate.”

― James Baldwin, The Fire Next Time

Capitalism, racism and the 1 Percent

Capitalism and racism have been intertwined from the beginning–which is why confronting one requires organizing to confront the other, writes Phil Gasper.

RACISM HAS been an ugly and persistent feature of the United States since the country was founded. Today, despite the important victories of the 1960’s civil rights movement and other struggles, racial disparities are in many respects getting worse.

As the report notes:

Sixty years after the landmark ruling in Brown v. Board of Education ended segregation in America’s public schools, separate and unequal is still a pervasive reality. While de jure, or legal, segregation has been abolished, de facto, or the actual practice of segregation, is greater now than it was 40 years ago.

own students are less likely to share classrooms with white students. We also see separate and unequal levels of expectations and resources in our schools that continue to break down along economic, and thus largely color, lines.

Using government data on income and wealth, unemployment, poverty and other factors, the report calculates a Black Equality Index of only 72.2 percent–meaning that “Blacks experience less than three-fourths the quality of life experienced by white Americans,” according to the report. The Hispanic Equality Index is only a little higher, at 77.7 percent.

RACISM IS a moral obscenity, but how can we fight it?
That depends on how we understand the problem.

“Hating people because of their color is wrong. And it doesn’t matter which color does the hating. It’s just plain wrong.”

“I refuse to accept the view that mankind is so tragically bound to the starless midnight of racism and war that the bright daybreak of peace and brotherhood can never become a reality… I believe that unarmed truth and unconditional love will have the final word.”

“Ignorance and prejudice are the handmaidens of propaganda. Our mission, therefore, is to confront ignorance with knowledge, bigotry with tolerance, and isolation with the outstretched hand of generosity. Racism can, will, and must be defeated.” ― Kofi Annan

“Race doesn’t really exist for you because it has never been a barrier. Black folks don’t have that choice.”

“I swear to the Lord

I still can’t see
Why Democracy means
Everybody but me.”

“Pit race against race, religion against religion, prejudice against prejudice. Divide and conquer! We must not let that happen here.”

When teaching about race and racism, I invite participants to consider the following analogy: Think of racism as a gigantic societal-sized boot.

“Which groups do you think are fighting the hardest against this boot of racism?”

I ask them. Invariably, participants of diverse races answer that those fighting hardest to avoid getting squashed by the boot are people of Color. (Keep in mind that I don’t ask this question on day one of our study of race. Rather, participants come to this conclusion after exploring the concept of White privilege and studying the history of race and racism in the United States through multiple sources and perspectives.)