wars of choice, while we spend trillions killing millions for billionaires, munitions firms and war profiteers.

The corporate parties have merged… and we must not be moved.

https://youtu.be/tLc8YeXP8FY?list=RDtLc8YeXP8FY
i shall not be moved – Mississippi John Hurt

“How can we create a sustainable green future that includes economic equity and social justice?”

“How can agendas for economic rights and environmental protection become more integrated and more successful?”

Seventy-five years after the start of the New Deal, and nearly 40 years after the first Earth Day, the need for basic change on behalf of social justice and ecology is clear.

But ideas are the easy part. In an era of massive environmental damage and vast economic inequality, we’ve got to organize.

It is time for a Green New Deal to revitalize the nation and invest in a sustainable future.

Corporate wars and profiteering have already bankrupted the nation. If we continue down this road, a global recession will occur and we will be in full retreat from 800 military bases while dying oceans flood all shores.

We have a solution!  We can vote for the Green Party New Deal.

“Establish a foreign policy based on diplomacy, international law, and human rights. End the wars and drone attacks, cut military spending by at least 50% and close the 800+ foreign military bases that are turning our republic into a bankrupt empire. Stop U.S. support and arms sales to human rights abusers, and lead on global nuclear disarmament.”

But instead we are in dangerous waters with a racist chump at the helm.

We can vote values instead of fear… 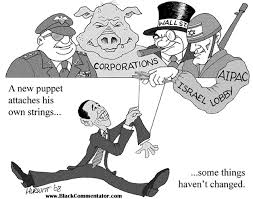 Ronnie Reagan, George Herbert Walker Bush, Bill Clinton, George W. Bush, Barack Obama, Hillary Clinton, Jon Ellis (JEB) Bush, Bernie Sanders and “The Don” D. J. Trump are on the same page when it comes to attacks on Gaza, drones killing innocents, capitalism, the military-industrial complex, profiteering and extralegal wars of aggression (orchestrated by the CIA and the Pentagon) against smaller and less powerful nations who have not attacked us. These avoidable wars have already bankrupted the nation.

Please Donate for Literacy and to keep this resource